By Judith Bickel I don’t gamble, but if one year ago you had asked me to bet on whether my son would get accepted to the schools he applied to, I would have emptied our savings and gone all in. Here’s why: he has a weighted GPA of over 4.0 with 12 AP classes and super-scored a 2350 on his SAT; he volunteers at a free after-school program; he plays sports where he has a leadership position; he’s a National Merit finalist and is self-taught in many programming languages. Being his mother, I can go on, but on paper that all looks pretty good, right? Let’s just say it’s a good thing I don’t gamble, because I’d be sitting here today with a barrel around my waist and an empty bank account.

You’re probably thinking he applied to all Ivy League schools, right? Wrong. The 12 schools ran the gamut from UC Santa Barbara to Stanford, from public to private, in-state and out-of-state. We knew Stanford, with its much-touted “less than five percent acceptance rate,” was a long shot. We even debated if it was worth the time and money to apply. To his credit, my son went for it, applying Early Restrictive Action to show Stanford his intent. When the college rejection letter came, we weren’t shocked, just disappointed. Neither my husband nor I were equipped to accept that someone didn’t want our son. We told ourselves not to worry, because being rejected by Stanford was like being turned down for a date by a brainiac supermodel. We knew there’d be 11 other schools knocking down his door. Which happened. Sort of. And didn’t happen. Sort of. In the end, five schools accepted him and seven schools didn’t, including his presumed in-state “safety” of UC Santa Barbara. As we were experiencing our own college acceptance roller coaster, so too were my son’s friends, who are equally accomplished. Every day, my son would come home with a story about how so-and-so didn’t get into UC Berkeley or WashU, or was wait-listed at CalPoly. The problem isn’t a lack of ability, but the sheer number of students seeking admission. It’s college musical chairs; you have more people looking to get in than you have spaces. Once an applicant meets the threshold for admittance, it seems that admissions officers pretty much just draw names out of a hat. It’s not feasible for them to carefully comb through the pile to find the most precisely qualified. Ivy League colleges typically only admit between five to 14 percent of applicants. Using the musical chairs analogy, at a six percent acceptance rate, picture 36,000 students all vying for 2,160 chairs. In-state schools — which used to be a given for most applicants — are more competitive than ever. Within the UC system in California there were 158,146 freshmen applications this fall, representing a 6.5 percent increase over the last year. So what are students and parents to do? I ask myself this very same question, because in three years we’ll be doing it again with our ninth-grader. Next time we will focus on schools with higher acceptance rates and we will consider less “selective” schools which are ranked “lower,” but still provide an excellent education. In the end, it’s really more about what the student puts into and gets out of the experience than the name recognition of a college. Even with these changes, there will be no guarantees. When it comes down it, it’s all just a game of chance. 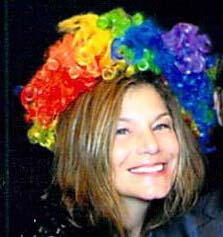 Judith, and her high school sweetheart husband David, are parents to two sons.  She has survived — barely — the college application process and is resting for about 43 minutes before having to do it all again.  In the meantime, she can be found blogging at judithgarvinbickel.com.