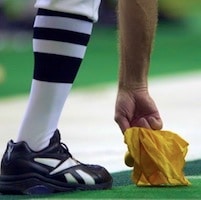 Coaches sometimes make decisions based on one game, or one moment of a game, that prevents them from recruiting talented student-athletes. This was highlighted to me last week when I saw a young athlete that used to play for me but is now focused on another sport. Last year I alerted a close friend about her talent in a hope he would recruit her – he didn’t. Hayden will now sign for a program this fall that my friend is yet to beat.

But that is just one story. It happens often and I have been the recipient of good fortune when a coach passed on a prospect that became an All-American while I was coaching at Southern Methodist in Dallas. I have also watched with great regret a player single-handedly beat the team I was coaching who wanted to be with us but we recruited someone else instead. So yes, coaches make mistakes on the recruitment trail.

This is important for you to know so you do not get discouraged if a coach does not pursue you as passionately as other coaches do. Often it is a difference in opinion between coaches or that one coach sees a greater need for an athlete like you.

If this is the situation you find yourself in, keep recruiting yourself to the programs that interest you and reciprocate interest back. And, once you find a program that appreciates your talents as an athlete, keep working to prove to the coach that he or she made the correct choice in bringing you into their program.