Most Rigorous Colleges – Top 10 Colleges That Will Kick Your Butt 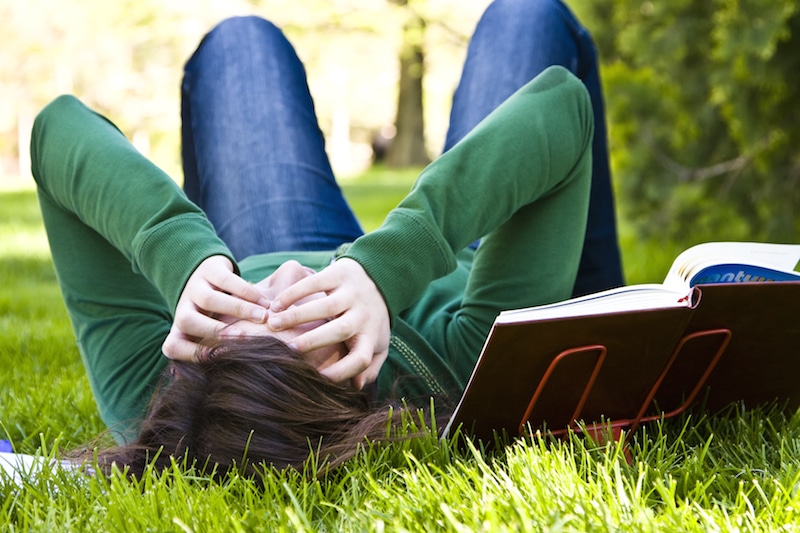 There are dozens of colleges out there with a reputation for academic intensity. But which schools run their students through the most demanding curricula, the most rigorous courses, and the most staggering obstacles to maintaining a social life? Enroll at one of these most rigorous colleges and you’re guaranteed to spend days and nights poring over textbooks and puzzled by problem sets. Even if you’re among the most dedicated scholars, overachievers or self-proclaimed dorks, these ten colleges will kick your butt and and expect you to ask for more.

“From what I gauge, academics are generally a student’s first priority here. Our largest library is open 24 hours a day, 7 days a week, and there are always people writing, sleeping, eating, or often literally – living there. The Core is Columbia’s academic hallmark.”

“Academics are difficult, really difficult. If you’ve gotten into Columbia, it’s nothing you can’t handle, but expect to be logging plenty of hours each night. You’ll be okay as long as you keep up with your work.“

There is no half-assing any of it. You need to study, you need to read, and contrary to popular belief, you need to go to class and pull an occasional all-nighter.”

“The classes are hard, but they teach you a lot. So be prepared to work your ass off, but get a world-class education because of it“

“Everyone who’s even considering Caltech knows that Caltech’s academics are incredibly challenging. The learning done at Caltech is indubitably one of the best in the nation.”

“Hopkins is cutthroat, students are too concerned with personal academic wellbeing.”

“Students study ALL THE TIME.”

“Yes students are competitive, it’s not an environment conducive to learning, the stress is on one-upping your neighbor to get ahead, so that’s how it goes.”

“Everyone is very career oriented, which makes them extremely concerned about their grades…Classes are all curved, which only adds to the competitive nature of the school.”

“The Wharton School, beginning with the required Management 100 for Freshmen, is especially cutthroat. Many large introductory courses (notoriously Math and Economics) are also viciously curved.”

“Be prepared to go through a brutal running of the bulls type classroom atmosphere where you cram for tests and feel very little personal satisfaction.”

“Harvard can have the tendency to make everyone feel insufficient. Next to students who are saving baby seals and starting AIDS research programs in Africa, it can be difficult to feel like you belong. “

“People study a lot in order to do well. The curve usually sucks. Classes are hard.”

“Harvard science students are cut-throat competitive– unless you are a genius or already learned the material before coming, don’t expect to get above average, and hence higher than a B”

“Our QPA (our version of a GPA) is almost a half point below most other comparable schools. There’s no grade inflation, leading to very tough courses.”

“We will challenge you to dig deeper, try harder, work faster, work better—in every possible way.”

“The workload is sometimes so overwhelming that it’s hard to see the light at the end of the tunnel.”

“Let’s put it this way: the all-night level of the library is one of the most social places on campus.”
– Amelia, Sophomore, Anthropology major

“We are delightfully hardcore here. Be prepared to be surrounded in class by a lot of students who did the readings more carefully than you.”

“It is the most academically rigorous, intense, and merciless school in the country.”

“Students study like mad, and the professors willingly pile on more work than you can really handle.”

“I barely sleep several days of the week.”

“I’m dating a Williams graduate who was Phi Beta Kappa and I must say that her experience does not sound anywhere near as grueling.“

“MIT keeps whatever ego I might have in severe check. Just as soon as it starts to creep out, here comes a test grade, or here comes an impossible problem set…You’ll more than likely fail a test or two (if you’re lucky, only a test or two) before you graduate. Guaranteed.”

“If you’re at MIT, you were probably the smartest person at your high school, and you will very likely spend the next 4 years feeling like a complete idiot.“

“Reed will drive you crazy. If it doesn’t, you didn’t do it right.”

“If you graduate with a 2.0 then you’re an A student anywhere else.”

“Academics at Reed are brutally hard and will probably make you cry at least four times each semester.”