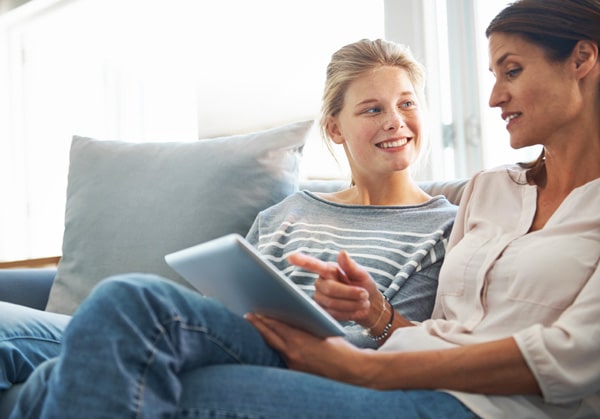 Many naïve freshmen think that moving away from home and into the dorms is tantamount to total freedom – and no grownups telling you what you can and can’t do. While this is mostly true, colleges still need to make sure you are under official supervision and aren’t endangering yourself or your fellow hall mates. Enter: the resident advisor.

Sometimes called proctors, residence hall assistants, or a variety of other titles, RAs wear many hats. They’re educators, peer counselors, role models, emergency contacts, mediators, authority figures, everything else in-between and all at the same time. While they are employed by the school, they are first and foremost there for you as a trusted resource. But what happens to your relationship with your RA when the rules are broken? How do you straddle the line between being a friend and being obedient? While there’s no one way to achieve a good relationship with your RA, there are steps you can take to ensure that you’re staying on their good side. Because like any relationship, it’s a give and take; there has to be mutual respect and understanding. These realizations won’t come to you right away but by taking heed of some of the basics below, you’ll be on the right track.

First, be cognizant of the things you can come to your RA for.  They’re prepared and expect to be approached. “They put us through three weeks — like eight hours a day — of training that covered nearly everything we would encounter during the school year, such as diversity training, academic advising, student resources and conflict resolution,” says former University of California, Santa Barbara RA Thomas Bui.

Personal emergencies, room and hall mate conflicts should be reported to your Resident Advisor. RAs are also great confidantes for mental and physical health problems you may be dealing with, from being homesick to nutritional questions to more serious issues. Of course, approaching them depends on whether or not you feel comfortable.

Just like you should know what is OK to divulge to your RA, also be aware of what isn’t cool. Asking your RA to buy you alcohol, for example, may seem like an ideal exchange but you’re putting them in an awkward position that could get both of you in trouble. In a similar vein, if you do choose to drink, avoid being flagrantly under the influence in front of your RA. It’s just another reason to keep an extra close watch on you.

Speaking of watching, many RAs use social networking sites like MySpace and Facebook, as well as photo community sites like Flickr to see what their residents are up to. On many campuses, RAs can use these photos of students drinking in their rooms or engaging in other prohibited activities as evidence for punishment. So before you upload that Facebook album with photos of you and your roommate taking shots so you can show everyone how much you can drink, do yourself a favor, and don’t.

My freshman year residential experience was certainly affected in a positive way by my Resident Advisor, Jessica. She was approachable, fun and down to earth. I immediately felt comfortable with coming to her about everything. In the beginning, she had activities and games centered on everyone on the floor getting acquainted. Later on, when we got to know her better and vice versa, she served as mediator between fights, love spats, roommate issues and who knows what else.

When we broke the rules, Jessica reprimanded us but she also she picked her battles. If we were simply being careless, she’d sternly remind us that she was officially supposed to get us in trouble but chose to let us off the hook. If we crossed the line, for example by having a party in our room (as indicated by the smell of tequila and the whirring of a blender), we’d get written up and possibly face Saturday morning community service.

After a while, however, we learned what we could and what we couldn’t get away with. We also learned that, more than anything, she was our ally rather than our adversary. She wasn’t out to catch us doing something wrong or go on a power trip; she just wanted us to be safe and not make her look bad.