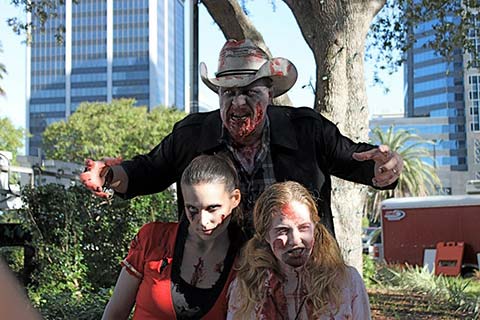 Most people are familiar with the traditional sports offered on college campuses, such as football and basketball. During the fall semester, you will probably find many students tailgating and cheering on their favorite teams. Of course, not everyone is content to be a spectator; some of us want to get in on the action. Unfortunately, I never possessed the athletic ability to make the ‘real’ team, but that didn’t mean I had to remain on the sidelines; there were plenty of ‘fun’ activities offered at my college, including flag football and dodge ball. Some colleges, however, take ‘fun’ to a whole new level, providing students with some very unusual options. If you find yourself getting bored, be sure to check with your student activities coordinator to see if any of these unusual college sports are offered on your campus. 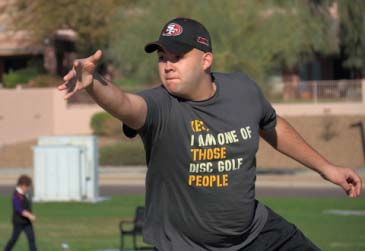 Disc golf is similar to traditional golf, but instead of a set of clubs and golf balls, students use a flying disc (sometimes referred to as a ‘frolf’) or Frisbee®. The objective this unusual college sport is simple; complete the course (usually 12 or 18 holes) in the fewest numbers of throws possible. The ‘holes’ are not in the ground, but are usually metal or wooden baskets on poles. Competitors face similar obstacles, such as trees and bushes, but do not have to worry about the morning dew altering their shots. Unlike traditional golf, which can be fairly expensive, disc golf is very affordable and often free to college students. Several campuses have their own courses, such as Johnson State College in Vermont, offering daily play and competitive tournaments, as well as sanctioned team play. Students can also join the Professional Disc Golf Association (PDGA) as amateurs or professionals, and have the opportunity to win cash and other prizes through state, regional and national competitions. 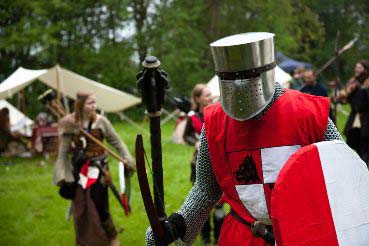 Live Action Roleplaying, otherwise known as LARPing, is gaining momentum on college campuses. Many students may be familiar with it from the movie Role Models, but it comes in many forms and is played on varying levels. Some may simply dress up and use foam weapons to recreate a battle scene, while other LARPing groups go all out, creating kingdoms and wearing elaborate gear. It’s kind of like Game of Thrones goes to college, and the rules can be very complex. Many schools have clubs that meet weekly or open games, such as the one held at Pennsylvania State University, which meets each month. Those who think that LARPing is a bunch of geeks running around the woods may be surprised to find that many girls enjoy it, too. 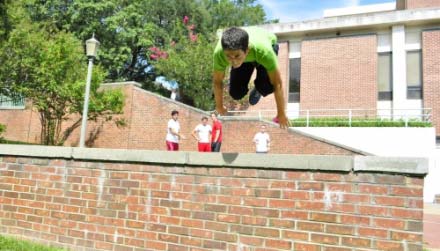 Students may have seen this sport on comedy shows like Ridiculousness and Tosh.O, as it takes stamina and quick reflexes to master Parkour, something many people seem to lack. YouTube is full of Parkour fails, providing ample comedy for those of us who prefer to keep our feet on the ground. College students, however, love to test boundaries, so the idea of overcoming obstacles simply using their bodies and the environment is a challenge most cannot resist. College campuses also provide ample space, but most importantly, it is completely free. Students can do it alone (not recommended) or join a campus club or group. 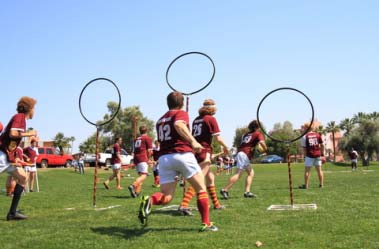 Students don’t need to attend Hogwarts to get in a quick game of Quidditch. This unusual college sport is in fact, more than 200 college campuses offered it as a sport or intramural activity. Students at Middlebury College originally invented it in 2005 after feeling bored with their current activities. Now, eight years later, more than 1,500 athletes (all seeking to channel their inner Harry Potter), attend the Quidditch World Cup. With over 600 teams competing for spots, it’s no longer an open event, but a serious tournament. Maybe one day, someone will actually be able to create flying broomsticks and a golden snitch, it will definitely be a weird college sport but it’s still a lot of fun in Muggle form! 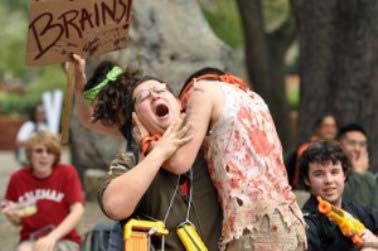 When The Walking Dead premiered three years ago, I doubt anyone could have predicted how popular it would be even its a weird college sport; there are Walking Dead viewing parties, people are making zombie versions of themselves to post on social media, and there’s even a Zombie Apocalypse Scholarship. College students have embraced the zombie apocalypse, too. Although the Humans vs. Zombies game began in 2005, it really picked up speed once Rick and his band of misfits hit the screen. Now, students on over 650 college campuses regularly meet to see who will survive, chasing each other around with socks or foam dart blasters (real weapons are not allowed). A typical game can last for weeks (zombies must eat a human every 48 hours or they starve to death), but it doesn’t cost anything to play. It’s definitely more fun than studying for finals!

It is good to try these weird college sports. Sometimes, it’s fun to escape the real world and the stress that comes with being a college student, but don’t get too caught up in your alternate reality and forget about upcoming assignments and exams. If you flunk out of college, you’ll have to survive telling your parents, and that’s much more dangerous that trying to outrun a mob of fake zombies!