1) First Date Don’ts– what are some things NOT to do/say/ask on a first date?

To make this as simple as possible, there are only a few things that should absolutely NOT happen on a first date. Please keep in mind that these are assuming you actually want to continue “dating” the guy. Here is what I would consider proper first date behavior:

Kiss. No more. Yep, I said it. Do not under any circumstances go back to his place. Ever. Do not remove clothing in his backseat or slip him something gross during the movie. If you want him to respect you, don’t do anything. You have one option, which should also be used with caution: kiss. Don’t make out for hours, don’t tangle tongues ‘til it’s sloppy, just a small intimate kiss will do the trick. The scariest part is that if you offer more of yourself, a guy will almost always say yes to satisfy his temporary needs, but realize he will almost never really date you again (though you might get a few late night calls).

Order Like a Person. No one respects the girl who orders “just the salad.” Every guy has dealt with their fair share of eating disorders and female image mayhem to know of future problems with the salad-girl. Also, don’t order every item on the menu. Normal people don’t order an appetizer, expensive girly drink, salad, entree, dessert, and then a side item for Sparky. Respect his wallet and be conscious of what you’re ordering and the prices next to them. Don’t ask, “Should I get the mushroom pizza ($10) or the lobster over caviar ($45)?” If you do, you won’t hear from him again. No guy wants to be with a girl who doesn’t care or respect the amount spent of her (even if she pretends like she does care).

Cut the Complaining. Just because the waiter is slow and the music is too loud, now is not the time to voice your feminine independence. Be easygoing and let things go for now. Smile and at least pretend like the small things in life don’t bother you. Every guy has dealt with girls who complain about everything and usually it’s not a welcome attribute on a first date.

Reel in the Line. Don’t fish for compliments. This sort of relates to the last one about complaining, but more in relation to you. Don’t say you think you look fat in that dress, or “I can’t eat that!” Guys pick up on these small hints towards the real you. If you start fishing on the first date, there is no telling how bad it will become.

Focus on the Date and Talk. In other words, don’t start judging the people around you. If you are judging the ugly couple beside you, it says a lot about how you view people. Don’t interrupt his war story to point out the huge ketchup and hot sauce blob dripping from an unknowing seven foot lady’s chin. Keep these thoughts to yourself. There is nothing worse than a girl who spends most of the date mocking the people around her, instead of getting to know the guy. On that note, TALK. Everyone hates the quiet nonresponsive girl. While every guy seems to complain about how much girls talk, if things begin to get quiet, talk. Don’t just blabber about plain nonsense, but ask him questions about his life and give him the confidence to answer honestly. An expert on the subject (my teammate) once said, “There’s a stereotype that girls talk too much, but I’d much rather that than some awkward turtle situation.”

Excretions. I know dates are nerve wrecking, but take a deep breath and try and avoid showing your nerves. Too many times girls have been so nervous on dates that tiny sweat beads begin to form on their forehead creating an uneasy tension for the rest of the date. Do I wipe them off for her? Will they just reappear? It’s kinda gross, so should I go in for a kiss tonight? Just save guys all that thinking and look out for it yourself.

2) Below the Belt– what do college guys think about down-there grooming (on them)? Do they talk about it or worry about it? Do most guys do it? Are there different approaches? What do they think girls think of it (on guys)? And what do they expect girls to do in terms of bikini area grooming for girls? Do guys care whether a girl waxes/shaves versus doesn’t? Does how a girl is waxed/shaven reflect on her (e.g., if you have a Brazilian you seem slutty; if you don’t shave anything you seem prude) or do guys not even notice? Enlighten us as to what is going on in guys’ heads in terms of this realm! 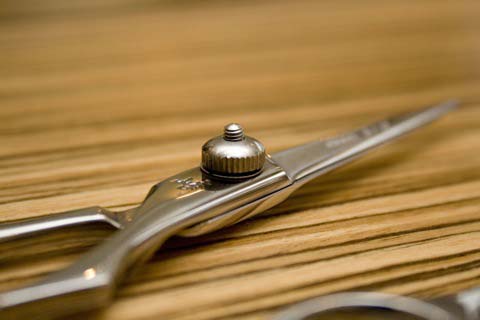 Guys’ Hair. Guys rarely talk about their own hair. It’s really not a major concern for most guys. It usually depends on personal preference. The majority of guys do a trim every few weeks. Guys claim it makes them look bigger without losing that masculine touch or being too messy and gross. Clean-shaven is usually looked down upon as a little too prepubescent and guys think girls will feel like they are with a middle-schooler. Few will let it all grow out for fear of looking too Amazonian and scaring away any potential partners. Most guys really don’t let it bother them and unless they know there is a potential someone will be seeing it, it will just grow and grow.

Girls’ Hair. Shave, shave, shave, wax, shave, shave. Guys don’t care how or why it’s gone, as long as it’s gone. Some guys pretend like they don’t care at all, but while they may not see it as a big deal, they would still rather see it gone. Personally, I wouldn’t leave the room over it, but would prefer it gone. Some guys aren’t opposed to the idea, but no one is an active proponent of hair. A close friend (who will remain nameless) once said, “If I am confronted by a North American forest, she is never going to see my face again.” Don’t EVER think being shaved is a reflection of your sexual promiscuity. Guys think being shaved is a sign of cleanliness and is straight sexy. Trust me, guys care. Take the extra 3 minutes and take care of yourself.