Unfortunately, there are a lot of negative stereotypes about Greek communities across the country. Some of the things I’ve heard are, “Frat boys? Yeah, they drink and party A LOT!” or “Oh, sorority girls are so full of themselves! All they do is gossip and cause drama.” Well, coming from someone who was a sorority girl in college, this may be true about certain individuals, but as a whole it’s completely false. I started college with the notion that Greek life was pretentious and superficial. But, much to my surprise, I quickly realized it wasn’t. So here’s some truths about Greek life!

My freshman-year roommate convinced me to rush, and I was surprised to have a lot in common with many of the sorority members I met. I discovered that most of these women had similar interests, and I easily saw myself becoming friends with them. When it came time to make a decision, I knew this was something I wanted to be a part of. I realized it was such a great and easy way to meet new people, make friends, and be involved with campus events. So, I became a member of Alpha Chi Omega in 2009 at Oregon State University and have never regretted my decision. 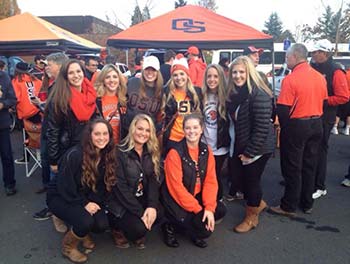 Now, for the real low down truths about Greek life: it’s true that Greeks are known for organizing functions with other sororities or fraternities where drinking might occur, but—especially for sororities—there are set regulations to make sure everyone is safe. Plus, drinking and partying happens just as much, if not more, at houses off campus with no relation to Greek life. One important thing to note about truths about Greek life, sororities are completely dry houses. And when I say dry, I mean absolutely no alcohol or drug paraphernalia of any kind on the chapter house property, whatsoever! This can be a turn off for members who like to enjoy a glass of wine or beer at home from time to time, like me for instance, but I didn’t see it as that big of an issue. If I really wanted to have a drink, I could go to a friend’s house for “Wine Night” or go to a bar with a friend. Easy. Not to mention that the inability to have alcohol at home helped cut some calories, too! If you, or your parents, are worried about the Greek stereotype and alcohol use, take it from a Greek who likes to think she has a good, smart head on her shoulders: You can either get sucked into that lifestyle or you can separate yourself when you need to and be part of it when you want to. No one can force you to do anything you don’t want to do; so set your own limits, and you will be just fine. As for the whole gossip and drama stigma, there can be some truth to it, but not entirely. Another truth about Greek life, face it, living in a house with 50+ women means there will be drama and gossip at some point. Part of it may just be human nature. We can become obsessed with what others are doing, saying, and thinking. However, even if you live in a house with four non-Greek women, there is the possibility for drama and gossip, too. It just happens. What you can do is STAY OUT OF IT! That’s what I did. Granted, it will only involve a handful out of the numerous members in your chapter, so my advice to you is just worry about yourself because sooner or later everything will blow over and be fine again. In all honesty, it’s really not that bad. I wasn’t best friends with every single one of my sorority sisters, but that doesn’t mean I didn’t get along with them. Everyone joined your sorority for some reason, so find out what their reasons were and see what you all have in common. 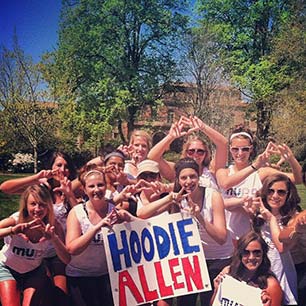 So here are everything to know about Greek life. Overall, your experience in Greek life depends on you and what you make of it. If you want to blackout every night and talk about your brothers or sisters behind their back, no one can stop you (and you don’t need to be a part of a sorority or fraternity to do it!). But, if you want to have a rewarding experience that you will remember forever, then seriously take my advice. Knowing the truths about Greek life can be an awesome opportunity that will change who you are for the better — as long as you allow it to.