Greek Life: The Trick to Maintaining Sanity in College

In my previous post about academics, I mentioned that I was able to balance Greek life and school work. Well here’s a curve ball for you: what about adding a job into the mix? Some of us need to make that cash-money in order to eat, ya know! What happens then? If you have asked this question at some point, I’m here to help. 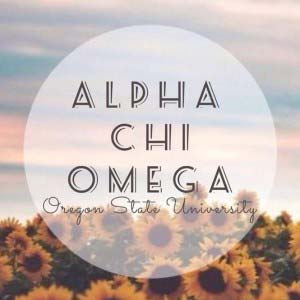 Most people say that your junior year in college will be the hardest. While that may be true for some, it was not the case for me. My senior year was crazy busy! Honestly, sometimes I don’t even know how I survived, let alone graduated with two degrees and a 3.8 GPA in only four years. Not only did I have classes to attend, but I was student teaching for six months out of the year—I taught up until the day I graduated…literally—had to write two work samples and a capstone project (if you don’t know what these are, just know that it’s a lot of work) by the end of the year, was the senior-rep for the Chapter Relations and Standards Board (CRSB) of my sorority in addition to dealing with all the other “normal” sorority obligations (philanthropies, initiation, chapter meetings every week, community service, etc.), tried to have as much of a social life as possible, had a boyfriend who lived in a different city that I would make time to see, and to top it all off: I had a job. Phew! Holy shit, that’s a LOT. Are you sweating yet? ‘Cause I am just remembering it. When people ask me how I did it, I honestly tell them I don’t know. I just did. I won’t lie, the thought of deactivating my membership with Greek life crossed my mind numerous times, and not just during my last year. It is a SERIOUS time commitment, and sometimes I thought it was too much. But, then I would think “Melissa, you’re crazy. Don’t drop. You will seriously regret it if you do. You can get through this hurdle just like you did with the last one.” So I didn’t drop, and you want to know something? I am so thankful that I chose to stay. When you have a lot on your plate, sometimes you have to make sacrifices. Sometimes my sacrifice was not getting enough sleep on a Wednesday night; sometimes I couldn’t go to Margarita Monday with my friends because I had essays to grade; sometimes I had to leave CRSB early because I HAD to work on my work sample; sometimes I would lay down for 20 minutes after getting home from school and before going to work because my eyes hurt too much; or, sometimes I decided that whatever work I had could wait until Sunday because I just HAD to get out of the house and do something fun. Now, you might be thinking: “That’s it? That’s your great advice?” To tell you the truth, yes…it is. I wish I could tell you exactly how to balance. I wish there was one end-all, be-all trick to it; but, unfortunately, it’s not the same for every person. You know yourself the best, so do what’s right for you. If you don’t get it right at first, it’s okay! You have time (four+ years to be exact), but try as hard as you can, as early as you can. You don’t want to slack off too much, otherwise it might be nearly impossible to mend the damage. But, you also don’t want to make yourself crazy by becoming a workaholic. Form a study group with people you can count on, ask your manager if you can create a schedule that works best with your other obligations, take an hour to go to the gym and work off some of that stress you might be feeling, and make sure you can go to that party next weekend. Whatever works best for you, do it. I promise the benefits will be so rewarding in the end.