Hazing: A Tradition of Pain 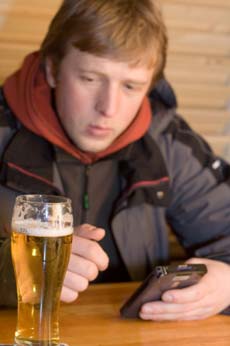 There are many college traditions that make sense: homecoming games, football rivalries, and spring break get-aways. Unfortunately, there is one college tradition that never has, and never will, make any sense – hazing. I’m not sure who decided that beating someone senseless or having a peer drink himself into a coma has anything to do with proving class loyalty or showing college pride, but hazing most definitely needs to stop.

On November 19, 2011, Florida A & M University student and band member, Robert Champion, died after an apparent hazing incident. Since the incident, the band director has been fired and four students have been expelled. Florida’s Governor, Rick Scott, has called for a review of the hazing and harassment policies at all Florida universities. But are these actions responsive enough to halt this barbaric ritual? They definitely won’t give Robert back his life, so perhaps not.

The tradition of hazing is well-known and wide-spread among college fraternities and sororities. Hollywood movies, such as Old School, even glorify hazing rituals. It seems impossible that any college administration is unaware that these activities are taking place on its campus. Consider some of the other recent college hazing incidents.

University of Virginia student, John Paul Boldrick, was rushed to the hospital on February 28, 2011, after he was found having seizures in the fraternity house. Boldrick, who had consumed a large quantity of soy sauce, was “foaming at the mouth and was treated for an electrolyte imbalance.”

In April, four students at California State University, Bakersfield were beaten and shot with BB guns during an initiation by an unsanctioned fraternity, Kappa Alpha Psi. Three students involved in the incident have been charged with misdemeanors.

One of the worst cases this year involved Cornell University sophomore, George Desdunes. Early on the morning of February 25, 2011, members of the Sigma Alpha Epsilon fraternity allegedly kidnapped Desdunes, bound his wrists and ankles with zip ties, and then forced him to drink alcohol until he passed out. Later in the morning, he was found still bound and unconscious on the couch where the others had left him; he later died. An autopsy revealed that Desdunes had a blood alcohol level above 0.4, which is five times the legal limit in New York. Cornell University withdrew its recognition of the fraternity, and the national organization suspended the chapter. Desdunes’ mother has filed a wrongful death lawsuit against the university.

You would think that the hazing rituals would have stopped after the first person was harmed, but sadly this is not the case. If you Google the term “hazing,” you’ll find entry after entry of hazing incidents across the country taking place on nearly every college campus; there’s even a website that details ‘The 14 Most Brutal Hazing Rituals.’ In ‘Snitches Get Stitches: My Experience with Hazing,’ Ashley Willis details how she endured hazing rituals that caused bodily harm, but did not tell the college’s administration for fear of reprisal by her organization sisters. The fear of further harm or being viewed as a ‘snitch’ keeps most people associated with this crime quiet, which is one of the reasons it has been able to continue for so long.

There are currently 44 states with anti-hazing laws, but having a law does not appear to be enough. We must change the culture of hazing at all levels, including professional sports. We were proud to see former Jacksonville Jaguar head coach Jack Del Rio forbid the practice of hazing this year during training camp; it’s a step in the right direction. It won’t happen overnight, but every time someone says “No,” we move closer to ensuring that another student like Robert Champion won’t lose his/her life to this senseless college tradition. Many sororities and fraternities, such as Zeta Tau Alpha, are also pledging to end hazing on college campuses. The Zeta commitment includes a $10,000 Zeta Tau Alpha Award for Innovation in Campus Hazing Prevention and Education. If we all do our parts, we can save lives and provide a safer environment for all college students. So, today we ask, ‘Are you brave enough to say no?’

Want to learn how to prevent hazing at your college campus? Visit HazingPrevention.org for information and see how you can help.