We need to talk.

This situation seems all too familiar. You’ve been treating your cell phone like a newborn infant, checking it every five minutes and cooing at it with nauseating affection. You’ve only slept in your room two nights this week, and the girls at the Christian Ministry tent give you dirty stares on your walk home every morning. You’ve even started shaving your legs on a semi-regular basis.

If I didn’t know any better, I’d think that you were in a relationship. But there on your Facebook page, right above where you list your religious views as “Zac Efron’s Abs,” are the same three words that have been there for the past year. Relationship Status: Single

It seems that you are in a state of romantic limbo. Your love life is rife with ambiguity, a mess of spontaneous rendezvous and unanswered questions. And despite your best efforts to achieve clarity, you find yourself with a frustrating sense of unofficiality that leaves your heart aflutter and your head reeling.

No need to panic. You are simply taking part in a tradition common among the North American young adult, a complex mating ritual known as much for its aesthetic appeal as for its pent-up sexual aggression.

You, my friend, are pre-dating.

Sounds fun, doesn’t it? All of the happy pleasures of a relationship without any of the formalities or structure?

Okay, maybe not. It’s true that, for the right girl, pre-dating can be a virtual wonderland of complimentary dinners and convenient spooning, but, more likely than not, you desperately crave the structure of a relationship, unable to function until everything has been made Facebook official.

Don’t stress. One of the biggest pre-dating mistakes you can make is worrying about labels while what you should be doing is enjoying a rousing game of footsie with your almost-boyfriend. I know it can be difficult when you don’t know what to expect, so I’ve outlined some of the things you should be on the lookout for, and how to handle the unstructured nature of your budding faux-mance.

1. No relationship means no rules 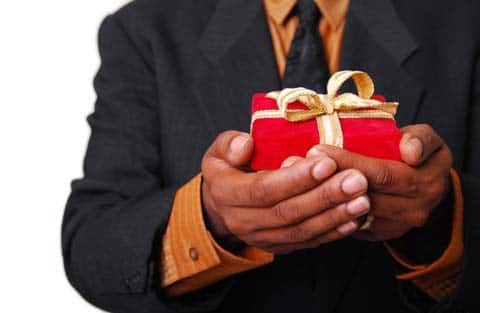 Like a pair of Depends, a relationship comes with a certain amount of safety and reassurance. There are existing conventions that guide a relationship, a socially enforced set of do’s and don’ts that tell you and your man where the boundaries lie and prevent you from having an accident in the bed of love.

But you’re in an almost-relationship, and as the saying goes, “almost” only counts in horseshoes and homosexuality.

There are no rules governing your would-be romance, nothing telling him when he should call and whether or not he should buy you a present for your upcoming birthday.

What this ultimately boils down to is that nothing is a given. You shouldn’t plan your Friday night around the assumption that he’s going to call, because that call might never come. And you shouldn’t expect a thoughtful birthday present, because he might not even realize that it’s your birthday.

Is this unacceptable behavior on his part? No. You can’t expect a guy you’re not officially dating to fulfill the role of perfect boyfriend.

Rather than get peeved at him for what he isn’t doing, appreciate him for what he is doing. Treat each romantic encounter as an unexpected bonus and get rid of those expectations. Go about your day as a single girl, because at the end of the day that’s what you are. 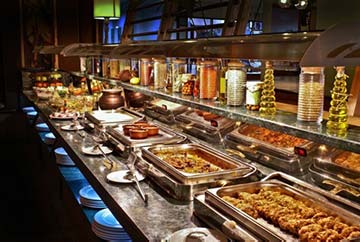 In addition to regular dates and anniversaries, there is another relationship standard that doesn’t necessarily apply in the world of pre-dating.

When everything’s been made official, it’s generally assumed that your boyfriend isn’t seeing other girls anymore. (Well, unless you’re dating a member of the Dungeons and Dragons club. Those suave devils get more play than a five-year-old at recess). But in your situation, the same claims can’t be made with as much certainty. You may very well be his Girl Friday, but he may have Girls Saturday through Thursday lined up as well.

You could be perfectly fine with this arrangement. After all, it leaves you free to peruse the vast buffet of tasty morsels on campus without any remorse or fear of repercussion.

But suppose you’re not amenable to the chance of his leaving your bed to go woo another hot young thing. How do you resolve this conundrum?

Well here’s one crazy option you might not have thought of: Talk to him about it. Find a way to work the idea of exclusivity into the conversation. Bring up a recent date offer you received from a possibly fictional classmate, or watch an episode of pretty much any CW drama together and see what his views are on playing the field.

If that option doesn’t appeal to you, you could simply cross your fingers and hope that he was raised to be a respectful gentleman with deeply ingrained concepts of chivalry and Catholic shame. It’s really up to you.

Although I heard from a very reliable source that chivalry is dead.

3. Breaking up is hard to do 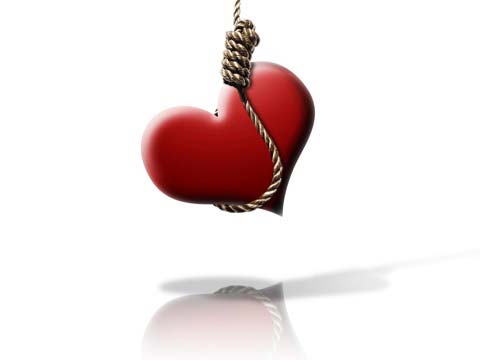 A breakup can be a difficult time. And not just for the dumpee. For the dumper as well. There’s the challenge to come up with parting words that pay homage to the good times you had together, as well as the gnawing fear that the dumpee might take off a shoe and chuck it at your face.

Yes, with all of the potential landmines of a breakup done wrong, it’s no wonder that most hate the process altogether, and wish that there was a clean, safe way to end a spoiling relationship. Lucky for you, you and your current man-friend may never face that particular problem.

There doesn’t need to be a messy breakup to end your relationship, because really there’s no relationship to break up. No one needs to come up with parting words that pay homage to the good times you’ve had together, because you probably haven’t had a vast amount of good times in the two or three weeks you’ve been “talking.”

Now depending on which side of the non-break-up you find yourself on, this could be very good or very, very bad. For example, if you realize that his occasional B.O. and Starcraft habit are more than you can handle, you can simply stop answering his calls for the next week or so, and he’ll likely get the message. But the tables can very rapidly turn on you. You yourself might find out after five or six unanswered texts that he’s moved to someone else.

Is there a quick fix for this problem, some way to defend yourself against the pain of an inconsiderate end to a pre-relationship? Sadly no. Because no true relationship was never had, there’s no requirement on his part to follow the breakup code of conduct (which prohibits such things as post-it and text message terminations). But if you find yourself in this situation, take comfort. No rules means there’s nothing forbidding you from keying his car in a fit of scorned woman rage.

Well, except for state law.

So you’ve gotten used to this lack of structure. You’ve trained yourself not to expect too much, figured out his stance on being a player, and prepared yourself for the possibility of a sudden end. But be careful, my child, because there’s still one danger that you might encounter: an actual relationship.

It should come as no surprise that pre-dating, on occasion, can result in actual dating. It’s very similar to the way in which pre-op becomes post-op, or pre-ejaculate signals the need for a condom.

You may have resigned yourself to the idea that things would never become official, but now the time has come. He wants the chance to treat you like a lady, to escort you around town and let everyone know that you’re his shawty and he’s your boo. You’ve just got one thing to ask yourself.

Is he worth it?

Keep in mind that a relationship comes with all of the structure and rules that you were craving for so long. It requires time and effort, and necessitates a stronger connection than you needed for your phase of casual hookups. If commit to that too soon, or if you take that step with the wrong guy, chances are that you’ll soon be headed for a messy breakup.

But if you feel that you want more, if he’s the peanut butter to your jelly, the stars to your sky, the bacon bits to your ultimate nachos, then congratulations. Your relationship can take the next natural step in the road to possible wedded bliss and eventual divorce.

Let’s not get ahead of ourselves though. Until that possible moment down the road when you two decide to become something more – that day when you can remove the P, the R, the E, and the hyphen – just enjoy yourself. Don’t waste time wondering what, where, why, how soon, or how big.

If you ask me, the mystery is half the fun.