How Technology Has Changed the Game of Dating

“I had this guy leave me a voicemail at work, so I called him at home, and then he emailed me to my Blackberry, so I texted to his cell, and now you just have to go around checking all these different portals just to get rejected by seven different technologies. It’s exhausting!”- Drew Barrymore, He’s Just Not That Into You. 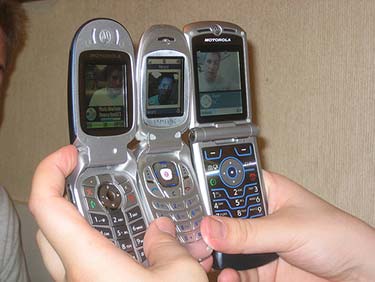 In some way, we’ve all been there. The prospect of meeting, hooking up and dating has become a tangled web of confusion, thanks to Facebook, texting, BBM and other forms of instant communication. Guys seem to have thrown the rules out the window, leaving girls more confused than ever.

Technology has eliminated the initial “getting to know you stage”, because with a few quick glances at someone’s pictures, wall, and interests you can generally tell a lot about a person. Texting and BBM have made it almost too easy to get in touch, with after-hours booty the new seemingly preferred way to get to know someone. In our parents’ generation, a couple was stereotypically “going steady” when a guy gave a girl his varsity jacket in high school, or fraternity pin in college. Now? Some don’t consider it official until it’s “Facebook official”.

A friend of mine went on a few dates this summer with a guy, and after thinking it was going well, suddenly never heard from him again. “With so many ways you could get in touch with someone these days, it makes it even worse when you don’t hear back,” she says. “Even though it was casual, it’s now easier [through Facebook] to see what they are up to and keep tabs on them.”

Ellen Fein and Sherrie Schneider, authors of the best-selling book, The Rules, strongly believe that although technology and social networking have changed, guys still love the chase and girls still have to be a challenge. Although it’s tempting to immediately respond when a guy you like sends you a message, technology can make you too available. Follow their rules for navigating the messy waters of texting and online social networks:

Let him friend you: Don’t friend guys you are romantically interested in. It’s the kiss of death because then he knows you’re interested, and the challenge of the chase is gone.

Mimic his lead: If he calls, call him back (only if he leaves a voicemail). If he texts you, respond the same way, but wait a few hours or even a day before responding, if at all, which leads to…

Every message doesn’t require a response: A “we should hang out text” is different from a casual “hey, how’s it going?” one, and should be responded to differently. See our Text Translations column for more help on this one!