How to Deal with Your Ex-Boyfriend on Campus

It is just one of those days. It’s pouring outside, it’s cold, and all you want to do is stay in your dorm room and sleep. But being the active college girl that you are, you force yourself out of your cozy bed for class. You wash up, throw on a sweatshirt, sweatpants, Ugg boots, grab your books and head out. Could this day get any worse? Actually it could. Seeing your ex-boyfriend on campus. Your ex-boyfriend is walking straight towards you on your way to class. He looks adorable, even in sweatpants, and you literally crawled out of bed. You’d like to run into your ex-boyfriend and make him think, “I wish I still dated her,” but instead your current ensemble likely leaves him thinking, “Thank God I’m NOT still dating her.” Now what do you do? This is how to deal with your ex-boyfriend in campus. 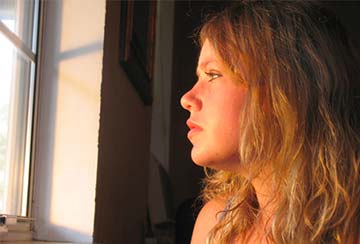 College girls from all over the country have to deal with awkward run-ins with their ex-boyfriends on campus. It is just inevitable that you will see each other now and then, because after all you still go to the same school. But take a deep breath, ladies, because The Dating Doctor, David Coleman, otherwise known as “America’s Real-Life Hitch” gives Her Campus advice on how to stealthily avoid your ex-boyfriend in a variety of situations. Coleman is the author of Making Relationships Matter, 101 Great Dates, and Date Smart! and been featured in Chicken Soup for the College Soul. Coleman has been awarded twelve times as The National Speaker of the Year, 9 times by Campus Activities Magazine and 3 times by The National Association for Campus Activities. He has also been featured in various national publications including Us Magazine, Glamour, Celebrity Living, Women’s World, Cosmopolitan, The USA Today, The Wall Street Journal, The Washington Post and The New York Times. Let’s just say, he knows his stuff when it comes to relationships. Check out our Q&A with real-life Hitch, David Coleman! 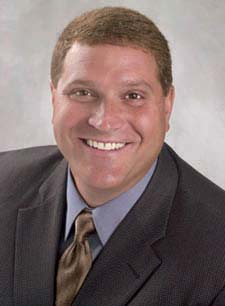 HC: Why can it be risky to date a guy that goes to your college?
DC: If it doesn’t work out for one reason or another, you run the risk of seeing each other over and over. The smaller the campus, the more likely this is to occur, [ seeing your ex-boyfriend on campus.] Plus, if you have many mutual friends, a bad break up often forces people to polarize and side with one person or the other. It can truly upset the balance of friendship between those who are sucked into the fray as collateral damage.

HC: If you run into your ex-boyfriend at a party, how do you avoid an awkward confrontation [ and how to deal with your ex-boyfriend on campus? ] ?
DC: Just seeing him is an awkward confrontation. I am not a big game player. I say take it head on and act your age. Acknowledge each other. Say hello. Do not involve others. Do not fight in front of others. Don’t play the childish game of attempting to make the other person jealous by paying attention to someone you know will upset them. You will not find the right person until you become the right person and character is not built during times of adversity, it is revealed.

HC: If you are in the same friends group as your ex, would you still invite him to a get-together?
DC: No. Other mutual friends may make that invitation and ask for your permission to do so, but for you to do it sends a conflicting message. Again, stop the game playing. Mature up. Bring your “A Game”.

HC: How should you act if you run into him on campus with his new girlfriend?
DC: Be brief. Be sincere. Be gone. Smile. Say hello…and then politely go your own way and head to the nearest bush and project vomit into it!

HC: When you pass your ex on campus, should you just stare down? Talk on the phone? Or should you just be friendly and say hello?
DC: Keep walking. Acknowledge him with a head bob and say hello. If he slows down, you can too, but keep your conversation brief and thoughtful. Keep the attitude out of it. Nothing is more unnerving to an ex than seeing that you have moved on with your life.

HC: What are savvy ways to avoid running into him on campus? Should you mix up your schedule? Or just try to look fabulous in front of him?
DC: People who begin to run, train themselves to run for the rest of their lives. Getting over this person will take time and distance. Keep yourself busy. Get involved on campus. Surround yourself with friends who love you. If you do these things, the possibility of running into him will diminish on its own.

HC: Since you both go to the same college, would trying to “stay friends” be a smart move?
DC: If you are physically attracted to your ex, still romantically interested in him or if he can make you jealous by what they say or do, you cannot become “just friends.” True friends are rare. Time spent with them is effortless. Nobody keeps score. There is no jealousy and there is no gossip. Thus, if this cannot occur, you need to go your separate ways. Time and distance heals many horrible situations. Now that we’ve heard the expert opinion, Her Campus has some humorous tips from real college girls on how to make these awful moments a little less awful, along with some ways to try to avoid them at all costs.

Be the bigger person
“Since you’re going to bump into him sometimes, try to keep a friendship. If you see him say ‘hi’ casually. Don’t freak out if you catch him with another girl at a party, and look for a new guy ASAP!”–Kelly Miskunas, Providence College 2013 “I think that it is best to just act friendly. He can’t say anything bad about you if you just act friendly.”–Jen Heller, University of Connecticut 2013

Look your best when you know you will see him
“Look hot and happy all the time after a recent break up, that way you’ll be prepared if you see him.”–Jenny Kirkpatrick, Emerson College 2011 “Don’t avoid him, just always look hot.” –Jessica Gander, University of Hartford 2011

Pick up your passport, and have the time of your life abroad!
“Go abroad to London so you can avoid all forms of contact.”– Rachel Macchiarola, Marist College 2011 So instead of staring down at the sidewalk when you walk by him, or pretending to be on your cell phone, there are easy ways to pass by your ex-boyfriend without it ruining your day. Take the high road and say hello to him—this way you don’t have to worry about an alternative route to class all the time. And for the cold rainy days, you might want to re-think the sweat pants.

Thinking of having and staying with a high school boyfriend in college? You might want to read this!

Last day to enter is December 15th!
$10,000 from ScholarshipPoints