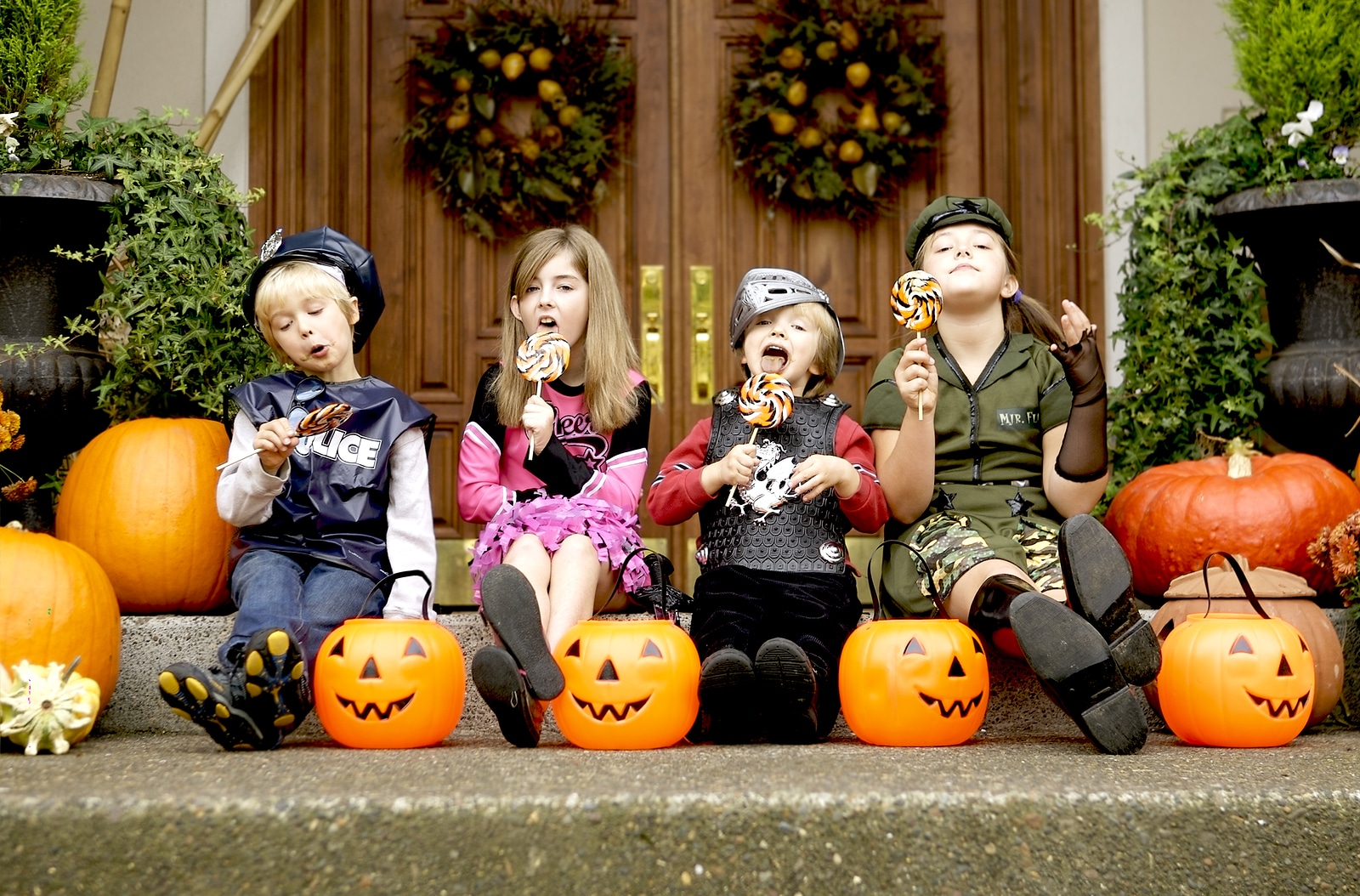 Full disclosure: I am not crafty. That being said, store-bought costumes usually run around $40, which is kind of crazy. I also have several years of experience desperately cobbling together costumes at the last minute — usually around Oct. 29, when the only thing left at Halloween stores is weird, sad, spandex-y things. So I’ve discovered several ways to do Halloween on a budget.

This idea, while super cliché, is also super cheap and easy to make as a last-minute Halloween costume. All you need to do is sacrifice a pair of pants (or just wear shorts), dig an old navy blue polo out of your closet, and make a name tag out of duct tape. The only thing you have to buy is a novelty police badge, which you can find at many Halloween costume stores. Bonus points if you go as campus police, or as your state’s local liquor control commission! 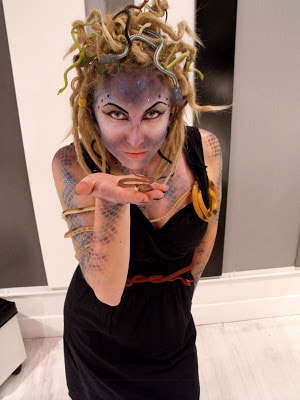 First, you need to buy some tiny plastic snakes for your hair. You can find these at your local Halloween store, but I suggest buying online, as it’s usually quite a bit cheaper. If it’s super last-minute, take some pipe cleaners and twist them together to make some DIY snakes. Just put your hair in an updo and bobby pin those snakes in! And don’t forget to wear either all black or dark green clothes for the full ominous effect.

3. The Rainbow Fish or any storybook character

Another great one is The Very Hungry Caterpillar, just wear all green, find a red beanie, and use some pipe cleaners to make antennae. You’re not going to be as cute as these kids, but you can get pretty close! 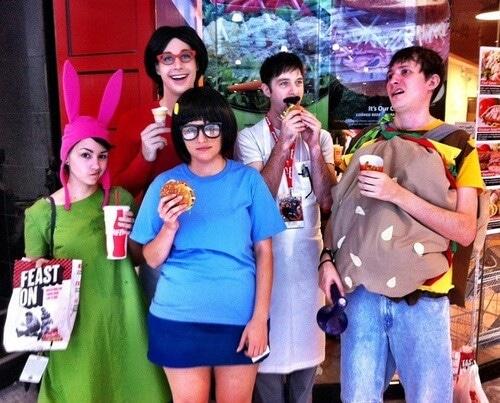 Because Bob’s Burgers is an amazing show, and group costumes are always fun. Also, each character has their own distinct, easily-identifiable look, so even if you get separated, your costume will still work. This is also super easy to construct. The only difficulty might be finding, or making Louise’s bunny-ear hat, or constructing Gene’s burger suit. But everything else is just a collection of clothing items you could easily find in the back of your closet. 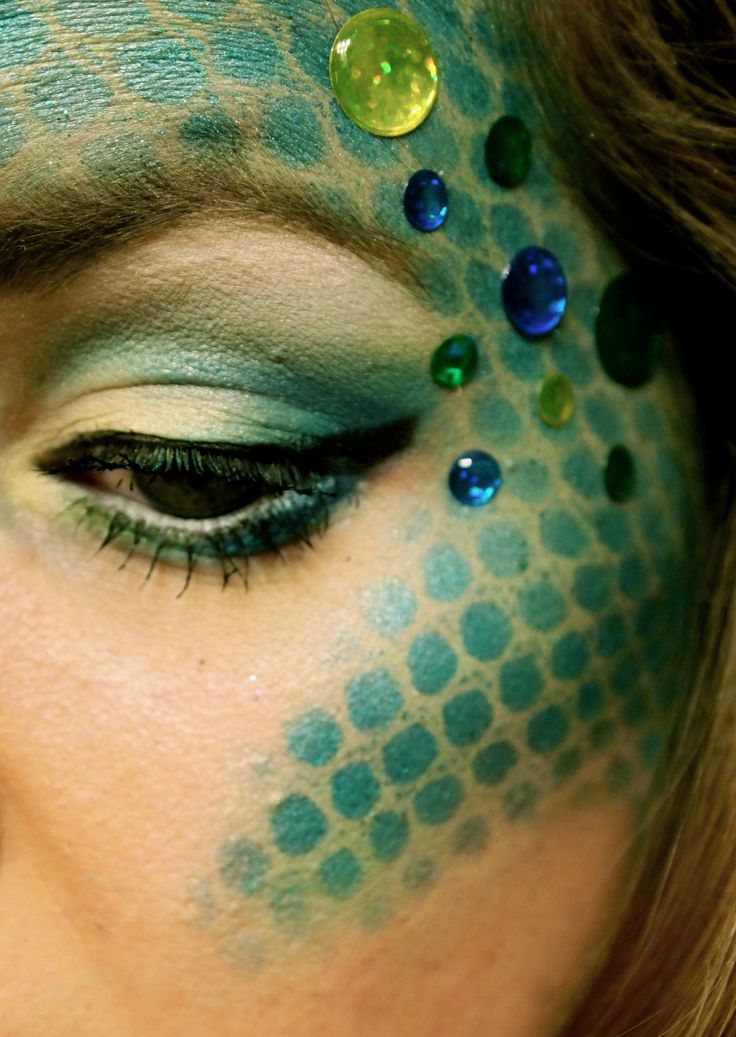 You’re going to need some makeup — namely, green eyeshadow, and lots of it. There have been several snake skin makeup tutorials circulating around the internet lately, which basically involve putting a fishnet stocking on your face and using the eyeshadow to create a multi-colored, scale gradient. Put this all together with some snake skin print clothing, and maybe some fake blood if you’re feeling extra spooky, and you’re set! Or you can just strut as Britney Spears with a snake. 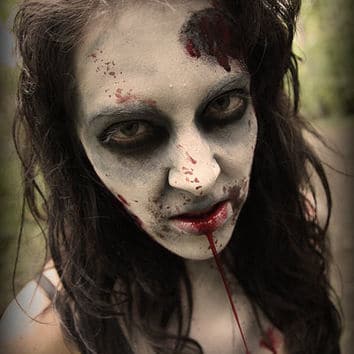 When all else fails, just get a ton of fake blood. If you want to take it up a notch, liquid latex is available at most costume stores and is an inexpensive way to create relatively realistic gaping wounds. Use some eyeliner to create dark, sunken circles around your eyes, and maybe spring for some pale foundation to make you really look dead. This is also great because you can wear literally anything — whether it’s 80 degrees or 20, you don’t have to be super uncomfortable all night.

Can’t get enough of Halloween? Apply to the Zombie Apocalypse Scholarship and get cash for college. 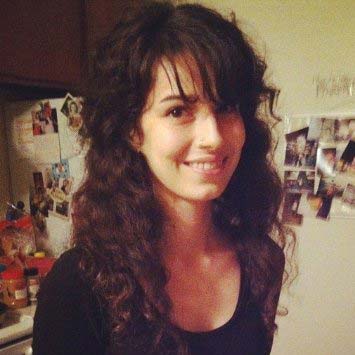