Parents moving with their kids to college, a new trend

There were days when I missed my son when he was at college this past year. He didn’t visit home much on the weekends. Sometimes two months would go by without me seeing him because of theater commitments. But I can’t imagine following him to his college town, buying a condo or second house, and living together, like many parents are doing these days. They’re taking helicopter parents to a whole new level.

The trend of parents packing up and moving with their kids to college is growing. The reasons range from saving money to having a safe place for their kid to study to just plain missing each other. Moms and dads are keeping their college kids under their roof when they’re supposed to be learning how to become independent adults.

As a parent, I understand the motivation to want to be there for your kid. But these parents have centered their entire lives around their child. They spent so many years with their calendars filled with ballet recitals, soccer practices, and debate competitions, and their social lives consisting solely of parents of their children’s friends, that when their child finally hits 18 and is ready to go off to college, the parents don’t know what to do with themselves.

I get that. I had a similar feeling of “what do I do with myself now” when my son went off his freshman year. But it didn’t take much time to figure out that this parting of ways was good for both of us. I and most of the parents I know have enough problems living with our college-aged sons and daughters during summer break. They’re used to their freedom, and frankly, so are we. Telling them to put their dishes in the dishwasher or pick up their wet towels in the bathroom has become a distant memory. Isn’t that what we worked so hard to achieve in the first place: raising mature, capable independent, young adults?

I just want Brett’s college experiences to be his experiences — not mine. I don’t want to meddle or shield him from life. I wish him the best of times there. I want him to learn how to find support and friendship, and how to get along, on his own, and that includes making his own mistakes and failing a few times before eventually succeeding.

Sending my son off to college was the best thing for both of us. I know that’s not true for everyone. Some kids just aren’t ready to be on their own, especially if they were sheltered or are extremely shy. I think that’s when a community college can be the best option.

College is not just our children’s time to spread their wings and fly. It’s also our time as parents to rethink our own dreams and aspirations. It’s our time to have our own focus, schedules, and fun.

But, talk to me in twenty years when Brett has children of his own. Then, maybe I might consider moving to spoil my little grandbabies. 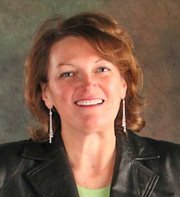