Some languages you have to learn by sticking your head in a textbook for hours. Others you can learn by sticking your head in a Vogue for a couple hours. I think the latter sounds a lot more fun… The language I’m talking about is of course the language of fashion. True fashionista status comes with not only proper appreciation but pronunciation of the oh-so-fabulous designers and houses which produce the clothing and jewelry we adore. Here are some commonly mispronounced names and the proper ways to say them so you can boost your fashionista status.

The BCBG Max Azria brand was created 20 years ago by Tunisian-born designer Max Azria. The line is known for their contemporary women’s sportswear and eveningwear. According to writer Patricia Gajo, Azria says that “BCBG is a Gallic acronym for bon chic, bon genre, which means ‘good style, good attitude’, a common term in France that Parisians use synonymously with preppy or Euro riche.” To properly pronounce the word, just say the letters as they are: B C B G. Then Max (nothing special, just the name). Then the part that most people mispronounce: Azria. “Az” like the word “as”, and “ria” like the name “Mia”. Ree-uh. I cry a little on the inside when I see people write or say “BCBG Max Azaria”, as if he were somehow related to actor Hank Azaria. No, dears, he is not. So BCBG Max Azria it is. 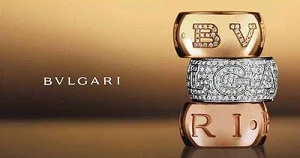 BVLGARI is an Italian fine jewelry house first opened in 1884 in Rome. Today, though, it also has leather goods, watches, perfumes, silks (ties and scarves) and more to its name. The name BVLGARI is written in Latin, so the letter that looks like a “V” is actually a “U”. So it’s pronounced Bulgari—BULL(like the animal)-GAHR(as in ‘garden’)-EE(like the letter “e”). In fact, if you type “bvlgari” into Google, it will lead you to the BVLGARI website, which is actually www.bulgari.com. 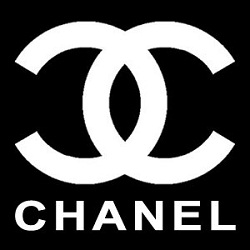 This is a VERY important one! Some people might think it’s a no-brainer, but if I hear another person pronounce it “Channel” I will actually lose my mind. The House of Chanel was started in early 20th century France by the one and only Mademoiselle Gabrielle Bonheur “Coco” Chanel. Chanel has fine women’s sportswear and eveningwear and is run today by Karl Lagerfeld (pronounced “Carl Loggerfelld”). Chanel is properly pronounced “Sha-nelle”, “Sha” like in “shove” and “nelle” like in the name “Nell”. Chanel.

It’s true, these French names can be difficult, but this is another important one. Hubert de Givenchy opened the House of Givenchy in 1952, alongside greats like Christian Dior and Balenciaga. He was also the chief designer for Jacqueline Kennedy Onassis and Audrey Hepburn. Though Givenchy himself retired in 1995, the Givenchy Femme line is perpetuated by Italian designer Riccardo Tisci. Givenchy is pronounced with a French “J” sound, a soft “jz” made with the tip of the tongue, almost like saying “shh”. So it’s “jzhiv-on-shee”, since the French “e” makes a long “o” sound, and the “ch” is a “sh” sound. Givenchy. 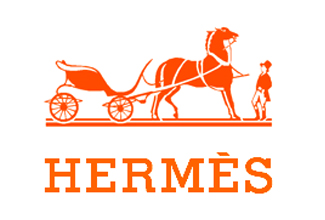 Known for its little orange logo, Hermès is a French company begun in 1837 by Emile Hermès. It produces fine leather goods, like handbags and wallets, and fine silk goods, like scarves and ties, among other things like perfume, shoes, jewelry and more. Hermès is pronounced “AIR-MEZZ”, not “HER-MEEZ”. So when you see the little orange logo, you know what to say. Hermès. 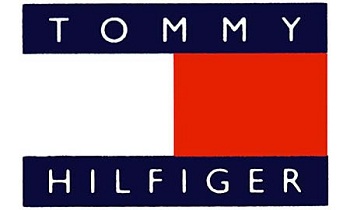 Making his first collection in 1985, Tommy Hilfiger has since grown to include not only menswear and women’s wear, but children’s clothes, bedding, and more. The Hilfiger style is said to be classic Americana, and has many lines of denim and casual wear to back that up. You’d think that since this is an American designer, people might not butcher the pronunciation, but every so often I hear people say “Hillfigure” and it’s just not right. The correct pronunciation of this designer’s last name is “HILL- (like “hills and valleys”)- FIG- (like the fruit) ER (like in the word “nerd”). Hilfiger.

Though he first worked for Christian Dior, Yves Saint Laurent introduced his own line in 1962. He invented several items of clothing, like the smoking jacket, the sheer blouse, and the jumpsuit. Though Saint Laurent retired in 2002, the label continues under the creative direction of Stefano Pilati. Saint Laurent believed that “dressing is a way of life” and is one of the most important, influential designers of the 20th century. His first name is pronounced “Eves” like “Christmas and New Year’s Eves”. “Saint Laurent” is his last name, pronounced “SAHN” like in “song” and “LORE-ONT” like “lore” in the word “folklore” and “ONT” like in the word “want.” Yves Saint Laurent.