Playing Sick: When to Use the Flu Excuse 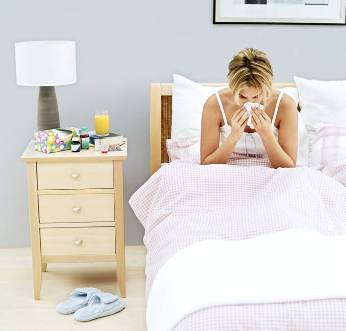 This year’s flu season has been one of the worst on record. In fact, it has been so bad that one Oklahoma elementary school recently shut down for two days, just so staff members could disinfect the school. If you haven’t received a flu shot yet, you might want to check out your campus clinic or a nearby pharmacy to see if they offer free or reduced shots, as it sounds like this year’s version is particularly nasty. Of course, that doesn’t mean you can’t come down with an unexpected case (cough, cough) when it’s convenient for you (wink, wink).

According to a recent CareerBuilder.com survey, 30 percent of people have called in sick when they actually felt fine. Some of the wildest excuses for absences have included:

Now, I don’t normally condone calling in and pretending to be sick, but everyone can use a break and right now is the perfect time to use the flu season to your benefit. I can think of plenty of scenarios where playing the ‘flu card’ could definitely come in handy, especially if you are trying to avoid something you don’t want to do. Here are just a few examples of how I would use the flu excuse to give me a little extra time or a break:

Sometimes, it’s hard to say no to our friends. If you ever find yourself roped into a blind date, but you just don’t have any interest in actually going out, play the flu card to save yourself from a miserable night and to avoid hurting your friend’s feelings. To make sure nobody shows up unexpectedly at your door, be sure to tell everyone you are contagious for at least 48 hours.

2. Extra Time for a Project

If you find you need some extra time to complete a project, but class is in just a few hours, shoot an email to your professor explaining you have been ill all night. Ask if you can have your roommate drop it by during his/her office hours or when you return to class in the next day or two, and that you hope to be over it soon. Be careful not to use this excuse more than once though, as you may find your grade dropped for late work. Most professors will give you the benefit of the doubt once, so use it wisely.

3. Get Out of Chores

Is it your turn to clean the bathroom? Maybe you’re on laundry duty this week? In any case, use the flu as your ‘get out of jail free’ card and get out of those chores for a few days. You may have to stay in bed, pretending to feel miserable, but if you’re like most sleep-deprived students, you’ll relish the chance to get some extra sleep.

If your parents are expecting you to come home for the weekend, but your friends have invited you to an impromptu road trip instead, get out of seeing your family by explaining that you are too ill to make the trip. Let your parents know that you’ll be turning off your phone and ‘sleeping’ all weekend, but will call them when you are feeling better. Just be sure that your photo doesn’t show up on Twitter or Facebook, especially since you should have been in your dorm room sleeping off the flu!

Of course, I know it’s horrible to lie to your parents, but I hate dealing with the guilt-trip I inevitably get every time I ditch them for something fun with my friends. A little white lie about the flu saves me from having to hurt their feelings and knowing my luck, I’ll probably end up with a real case of the flu anyway (karma!). If you have ever faked being sick, let me know why and if you got away with it. I’d love to read some of the crazy excuses you have used. You never know when I might need some new material!