Should the drinking age be lowered to 18?

By Ester Bloom and Lucas Kavner Why is it that a drinking age of 15 works in Denmark but one of 18 couldn’t work in the U.S.? Are our cultures really that different?

POINT: Yes, the drinking age should be lowered to 18. By Lucas Kavner, Unigo Editor Every alcohol-related issue I remember from college — whether it was walking a friend to the health center for drinking too much, a group of sophomores getting DUIs after driving back from an off-campus party, or someone smashing his or her head open during a game of beer pong and needing to get thirteen stitches — stemmed from younger students abusing alcohol because they felt like they had to drink as much as possible in the shortest amount of time. According to the Amethyst Initiative, one of the leading proponents of lowering the legal drinking age to 18, “90% of the alcohol consumed by 18-20 year-olds is consumed when the individual is engaged in an episode of heavy drinking.” Think about that for a second.  Young people under 21 are drinking in large quantities because they have to do it behind closed doors, in secret, away from any authority. They’re often driving far distances to unsupervised locations, binge drinking with a big group of people, and then driving back to campus. There is fun in this — a novelty, almost, in getting “blackout drunk” at a party — but this novelty basically disappears once these same students are permitted to drink in public. The actual crime being committed by drinking underage is merely an afterthought.  I didn’t know anybody who drank illegally in college who thought long and hard about “breaking the law.” The only consideration was getting as drunk as possible as quickly as possible — before public safety came to break up the fun. Imagine if students, especially those under 21, were allowed to drink responsibly? Alcohol use would become more of a common practice, and it wouldn’t be rushed. Young people would feel like adults, more mature, allowed to drink a beer in the company of their peers. A lot of people argue this point, made here by The Daily Princetonian, but it’s certainly worth noting: “As Americans above the age of 18, we can drive, be drafted, pay taxes, purchase cigarettes, be tried as adults, serve on juries and vote. But we can’t drink.” These young people are adults in the eyes of their country, yet they’re technically immature when it comes to alcohol consumption.  That’s a major discrepancy which, subconsciously, has an effect on the mindsets of students and young people between 18 and 21. We can’t pretend that drinking isn’t a central part of college life, and a young person’s life in general.  Currently, a student’s week is generally predicated upon the notion that he or she is going to get wasted at the end of it. Selfishly, I’d also like to see the phrase: “Work hard, play hard” abolished. It’s an annoying phrase. If the drinking age were lowered, students could say “Work hard, have a nice, cold beer at the end of the day to ease the tension.” Here’s another idea: let’s lower the drinking age to 18, but make the penalties for drunk driving much more severe. If you drive under the influence, your license is suspended for a longer period of time, you have to do more community service, and you pay a larger fine. If you’re over 18, you shouldn’t have to go to Europe to be considered an adult. 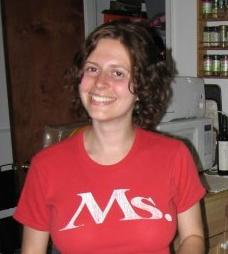 COUNTERPOINT: No, the drinking age should not be lowered to 18. By Ester Bloom, Unigo Editor One evening, when I was studying abroad during my sophomore year of college, I went to a supermarket with a couple of friends to stock up on beer. After the guy at the cash register scanned all the bottles, he looked up at me and said, “ID, please?” I stared back at him, totally confused, and then he broke into a grin. “Just kidding!” he said. “Welcome to Denmark!” The drinking age there is 15 and alcohol just isn’t that big a deal. Kids drink with their families; singles drink in bars to terrible rock ’n’ roll; homeless guys — and there aren’t many, thanks to the country’s well-woven safety net — drink in public plazas. Studying abroad in Denmark was eye-opening in lots of ways and I appreciated the country’s expectation that everyone would be responsible as well as tolerant of everyone else. So, why couldn’t the puritans take a page out of the Vikings’ book and lower the drinking age to 18? Our cultures are just too different. For one thing, there’s the driving factor. U.S. teenagers get our licenses at or around 16 and proceed to crash cars and either wound or kill ourselves at alarming rates. Because of our suburban/exurban way of life, we can’t wait to get behind the wheel. Trouble is, new drivers don’t always know how to make the right decisions when we get there — to turn down the music (boring!) or to restrict ourselves to only one passenger at a time (yeah, right!). Factor legal alcohol into the mix and we’d probably fly through windshields at even greater rates than we do now. In Denmark, way fewer families have cars: they’re expensive to import and even more expensive to fill up, since a gallon of gas costs a whopping $10 there, as opposed to about $3 here. Instead of driving, teenagers in Copenhagen take busses or bike. Drunken biking still can be dangerous, sure, but the odds that you’ll end up wrapped around a telephone pole are way lower. Also very important is the way Danes drink, which differs a lot from the way we do it stateside. Danes generally don’t get sloshed for the same reason they don’t eat while walking — they prefer to take the time to savor delicious things. That’s why they tend to choose good beer or good wine over the hard stuff (also, the hard stuff costs much more). At the point where you’re not even tasting it anymore, they tend to think, why keep going? Whereas, at that point, most Americans are just getting started. We binge-drink in this country, adolescents and college kids worst of all. If we start killing off our brain cells en masse at 18 rather than 21, we’ll be three years dumber for the rest of our lives. It’s nice to imagine that American teens could rise to the challenge of being able to drink legally and responsibly at 18. But our history of going to alcoholic extremes in America, of getting soused for centuries and then going cold turkey during Prohibition, works against us. We just don’t have the right framework to lower the drinking age in a safe way. And for now, if under-21s want to indulge, they can always go to Europe! Or the version of Europe that lives right next door: Canada. The opinions in these pieces do not represent those of Unigo.

Enter the $2,000 Scholarship from Nitro.