The ugly side of sororities: An introvert’s guide to Greek life 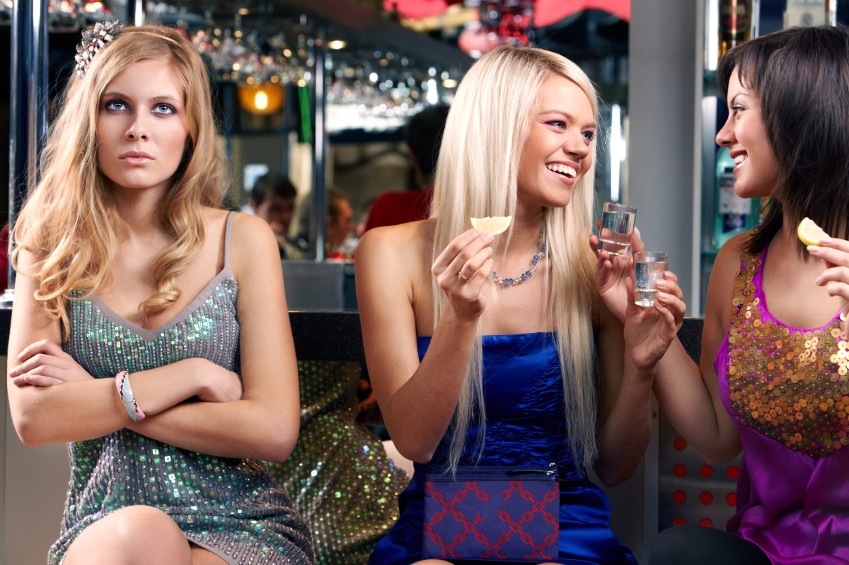 By Mare Crowley While Greek life initially seemed like a blast, I began to question my membership toward the end of my first semester. I realized that so much of my time with my sisters was at parties, and these parties stopped being fun after the initial freshman-wonder wore off. I described to my dad that parties were “the illusion of fun” — vodka goggles, blasting music, and spinning rooms tricked me into thinking that I was having a good time. Take away the parties, and all that was left was a tiny house crammed with too many girls and a bunch of hormone-driven guys selling alcohol for a fee other than money.

No one tells you about the tiered Greek system — and the implications of that hierarchy for its members. If your house isn’t at the “top” (which is defined by things like looks and money), you can’t help but feel a little lesser than girls in other houses. I remember having a conversation with a guy, who was in a “top” fraternity on campus, about the system. We all felt this pressure to maintain a certain image — a specific appearance and personality — because we no longer just represented ourselves. Our very identities were entwined with that of our house.

I was never more aware of wealth until joining Greek life. Money was definitely necessary to maintain that “classy” image. Being a member of a sorority was much more expensive than I had imagined. It ended up costing almost $4,000! There were so many costs other than dues: gifts for fraternities, gifts for sisters, decorations for events, donations … It seemed that every other week I was being asked to hand over money that I didn’t have. I depleted my entire savings account in one semester! I also didn’t realize that, in addition to dues, came numerous hidden costs. There were fees for all sorts of things, with vague titles like “house fees” and “scholarship fees.” When I received the bill at the end of the semester, I was forced to reconsider my membership.

I also realized, and didn’t like, the hypocrisy that existed in “sisterhood.” We were told that as sisters, we would have a support system of some two hundred friends. But, in reality, there was so much drama and talking behind each other’s backs that it was hard to determine who were actually friends. My friends in other Greek houses had the same experience. How could we genuinely say our creeds, praising loyalty and respect, every Monday night? Ultimately, I had to decide if being part of a sorority was worth it. You’ll hear girls say that joining a sorority was the best decision they ever made, and maybe it was for them. Being part of an organization that prioritizes fun was most certainly an exciting experience, but, for me at least, it wasn’t a sustainable lifestyle. The lack of sleep and excess of alcohol definitely caught up with me, and while I was still able to do well in school, being constantly stressed out about money made the “fun” sorority events much less so. I was worried that I would lose the friends I had made in my sorority once I dropped out, but, if anything, being a GDI (God Damn-Independent) revealed who my true friends were. I learned so much about myself and what I wanted from my college experience by being part of a sorority during that one semester, and I recommend giving it a try if you’re curious about it.

Mare Crowley is a freshman at the University of Southern California, studying English literature and narrative studies. She is a triathlete, which is a nice break from her over-thinking and perennial reading, and likes cats. Mare is excited to experience life and write about it!