Things I Wish I knew Before Enrolling at UCSC 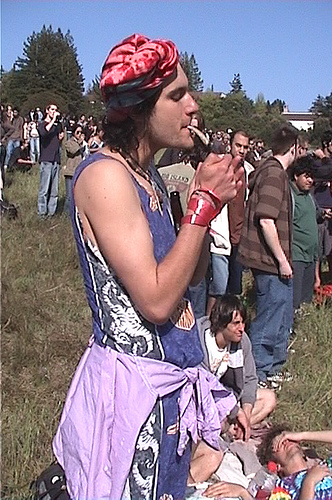 When most people think of Santa Cruz, they think tiny hippy beach town. Or at least that was the impression I was under when I applied to UCSC. I was thinking surfers, dread locks, and lots of greenery. I was stoked to meet different people from different states, with various backgrounds and cultures. While there are many different types of personalities at Santa Cruz,

Kelly Rourke, an environmental studies major and one of the only out of state students I have met, agreed with that same sentiment. “Their isn’t much diversity on campus, and there definitely is a lack of people of color. There are also a lot of kids from Southern California, especially L.A. area.” The campus student government is actually trying to address the lack of diversity on all of the UC campuses. Santa Cruz has the least diversity of all the campuses, and it is at the top of the list of issues for our Student government this year.

Pearl Engler, a marine biology major was impressed to find out how politically active the student body was. “I knew that Santa Cruz had an amazing science program. It’s location and the amazing outdoors make it perfect for science majors, so I assumed that it was an environmentally liberal school. I was most shocked to find out about our activist connections. So many of the students are involved in some sort of politically affiliated club or organization. It’s nice to be around smart, opinionated people who are actually trying to make a difference in the world.”

Santa Cruz has many stereotypes that are pretty easily taken to heart. Each of the colleges has their own cliché, as does Santa Cruz as a campus. The various personalities and activities are what makes Santa Cruz truly interesting, and as long as it keeps attracting the same outgoing, unique, crowd it will remain an exciting and fun school.

Compensation may impact where the Sponsored Schools appear on our websites, including whether they appear as a match through our education matching services tool, the order in which they appear in a listing, and/or their ranking. Our websites do not provide, nor are they intended to provide, a comprehensive list of all schools (a) in the United States (b) located in a specific geographic area or (c) that offer a particular program of study. By providing information or agreeing to be contacted by a Sponsored School, you are in no way obligated to apply to or enroll with the school.

The sources for school statistics and data is the U.S. Department of Education's National Center for Education Statistics and the Integrated Postsecondary Education Data System. Disclosure: “What Determines Top/Best?”