We’re excited to announce the winner of the Unigo Education Matters Scholarship. The question was, “What would you say to someone who thinks education doesn’t matter, or that college is a waste of time and money?” Check out the winning essay, followed by scholarship tips from our winner.

Fidel Castro died on November 25th, and the world split into two. One side celebrated his death. The other mourned it. I watched through the screen of my dinky little television as Cuban-Americans marched joyously in Florida.

I’m Cuban-American. My father lived in Cuba under Fidel’s reign. After his rise, everything began to change. One day my father walked into his fifth-grade classroom and sat at his desk. It was just another day. It was just another day until his teacher told her students to close their eyes and pray to God for ice cream. Several minutes later they were told to open their eyes: there was no ice cream. Then she told them to ask Fidel Castro for ice cream. When they opened their eyes, a sundae lay before them. That night my father’s parents told him that upon his 12th birthday he’d be sent to Red China to be brainwashed.

My father and his younger sister fled to Florida and entered foster care, without knowing English. My grandparents were forced to stay behind in Cuba. Before they left, my grandparents made my father promise to pursue education. My abuelo said it was the key to the world.

Education matters. It is a weapon, which is the reason Fidel tried to turn it on my father and the thousands of other children taught falsities in school. Education truly is a key.

You are free. You have a choice, unlike so many in this world. 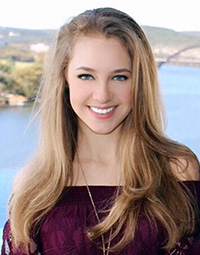 How to find scholarships

I find scholarships primarily through Unigo. I love to use Unigo’s Scholarship Match because it makes the process of finding scholarships I am eligible for a million times easier! On a monthly basis, I apply for scholarships that match my interests.

How to write a winning scholarship essay

To write a winning scholarship essay, don’t be afraid to fail. Applying may seem intimidating and the slim odds of winning may be daunting, but always remember that you have nothing to lose! You will only grow and learn from the experience. Once you let go of the fear of failure, it will be so much easier for your writing to reflect exactly what you wish to convey. Most importantly, write about what you are passionate about!