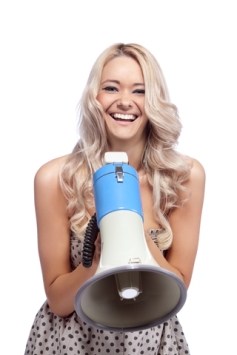 Rarely does a person get an opportunity to address a nation or the world; it’s usually during times of great hardship or war. Even then, few are able to capture our attention for any length of time. It takes a certain skill, but given the right circumstances and speaker, words can start a movement or create change. Words can rally a nation to stand together or they can insight others to take action against injustice. Words can also provide comfort in a time of chaos, such as those spoken by President Bush addressing our nation after 9/11:

Those words have been engraved in my memory since that fateful day. They join a very short list of other speeches that are etched in my psyche: Abraham Lincoln’s Gettysburg Address, President Roosevelt’s response after Pearl Harbor and the immortal words of Dr. Martin Luther King, Jr.’s  ‘I Have a Dream’ speech. These great orators remind me that words can ignite action and help make the world a better place. But words can also be a powerful weapon; just ask any parent who has lost a child to bullying. Words can sting and words can wound. They can destroy a person’s spirit or fuel a deep-seeded rage. It’s important to remember that what you say can affect other people, so choose your words wisely. Could you be the next Dr. Martin Luther King, Jr.? Maybe. You won’t know until you try, so here’s your chance. It’s called the Shout it Out Scholarship. Any U.S. student, 13 years or older, may apply by simply submitting an essay (250 words or less) on what he/she would say to the entire world. Will you proclaim free college for everyone or will you seek world peace? Maybe you just want to make people laugh – it’s entirely up to you! Just be sure to submit your words of wisdom no later than 11:59 p.m. on September 30, 2012. One great orator will win $1,500 for college and it could be YOU!