When Labor Day was first officially recognized as a federal holiday in 1894, it was in response to the Pullman Strike, which shut down much of the country’s freight and passenger train traffic. This conflict pitted the American Railway Union against the Pullman Company and the federal government. The U.S. Army was eventually called in to stop the union members from disrupting the trains, but by the time the conflict had ended, more than 30 people had been killed and over $80 million in damages had occurred. In an effort to placate organized workers, President Cleveland and Congress pushed through legislation to recognize Labor Day as a national holiday a mere six days after the strike ended. Today, we celebrate Labor Day by hosting barbecues and picnics or spending some cash at the local mall. The holiday has become one of the biggest shopping days of the year and the official end of summer vacation for most students. It also signifies the start of the fall scholarship season, when many students are scrambling to find cash for college. Although we may no longer celebrate the holiday as it was originally intended, there are plenty of union members still fighting to protect our rights in the workplace and helping future employees earn a college education. Here are just a few of the scholarships waiting for those who are proud to be union strong.

For students (23 or younger) attending a community college, 4-year institution or a technical/vocational program who are children or dependent grandchildren of Teamster members. One hundred $1,000 scholarships will be provided. Deadline: September 30.

The Glass, Molders, Pottery, Plastics, and Allied Workers International Union awards 10 scholarships each year to the children of members in good standing. Awards are valued at $4,000 each and are renewable for up to three additional years. Deadline: November 1. 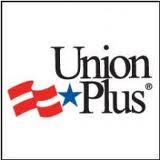 Current or retired union members, as well as their spouses or dependent children, are eligible to apply for this award. Over 100 students will receive scholarships ranging in value from $500 to $4,000 each. Deadline: January 31

Students whose parents, guardians or grandparents are members of the American Federation of State, County, and Municipal Employees (AFSCME) may be eligible to receive a $5,000 scholarship for college. Two awards are provided annually. Deadline: April 30. Students who have relatives who are actively involved in a union should definitely check into possible scholarship opportunities and other financial aid benefits that may be offered; many organizations post information on their websites or distribute information in their monthly/quarterly newsletters, but it never hurts to contact the human resources (HR) department, as well. A little bit of ‘scholarship labor’ can certainly help students keep their future college expenses to a minimum.