Remembering MLK: ‘I Have a Dream’ Scholarship 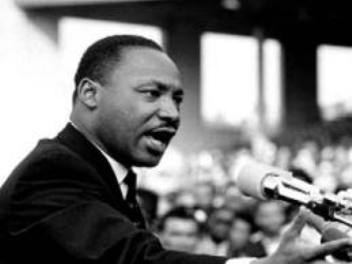 As a young student, I can remember sitting in my English class listening to a recording of Martin Luther King, Jr. delivering his famous ‘I Have a Dream’ speech. The conviction in his voice reverberated through my body, and I could almost feel what it must have been like to stand among 200,000 protesters, watching as he delivered those immortal words. There was no rally cry for violence, just a simple demand that America make good on a ‘bad check’ and uphold the Constitution’s promise that all men, whether black or white, have the right to life, liberty and the pursuit of happiness. What I did not know at the time was that the majority of that speech was created on the spot, inspired by a gospel singer named Mahalia Jackson. According to Clarence B. Jones, a long-time adviser and attorney for King, he was originally tasked with creating the first draft of the speech that would be delivered on the steps of the Lincoln Memorial. Jones and another friend, Stanley Levinson, presented their work to King and a handful of advisers in the lobby of the Willard Hotel, a mere 12 hours before the March on Washington for Jobs and Freedom. With so many varying viewpoints and agendas fighting to be heard, King requested that Jones take notes and hash out an outline for him to work with before creating their final draft. Inspired by a conversation that Jones had with New York Governor Nelson Rockefeller, he began the speech with the concept that America had given the African-American people a ‘promissory note’ and it was time for them to cash their check. That is the only portion of the final draft that was heard the afternoon of the march. Shortly after finishing the check analogy, King paused and Mahalia Jackson shouted, ‘Tell ’em about the dream, Martin, tell ’em about the dream!’ The rest is history. Today, as we celebrate King’s life and his many contributions to bringing racial equality to our country, take a moment to read those immortal words from the ‘I Have a Dream’ speech. Picture yourself standing there, listening to those words flow from his heart and not a piece of paper, and truly appreciate how much of an impact he has had on our world. Now, it’s your turn to dream. ScholarshipExperts.com recently announced the creation of their annual ‘I Have a Dream’ Scholarship. Any U.S. student, 13 years or older, can apply. Simply submit a short essay (250 words or less) telling them about your dreams. It can be your hopes for the future, such as going college or curing cancer; or it can be a silly or weird dream that you just can’t shake. Just be sure to submit your online application by January 31 for your chance to win $1,000.