Score a Touchdown With NFL Scholarships

Do you know why I love August so much? It’s not because the kids finally return to school or the weather starts to cool. No, I get excited because college and professional football is back. There’s no place I’d rather be on a Sunday afternoon than a packed football stadium cheering on my favorite team. It’s like a trip to Disneyland for adults. I can paint my face, wear a costume, and eat a ton of food that’s not good for me. Even when my team has a dismal season (and as a Jacksonville Jaguar fan, I’ve had plenty of those), I still support the organization and its players. I’m definitely not a bandwagon fan; through thick and thin, I bleed teal. Why? Few people realize just how much the 32 NFL teams and many of their players give back to local communities. You always hear about the arrests for bad behavior or the stupid remarks made on social media, but rarely do you see a story about the thousands of dollars they give annually to help students go to college. Here are just a few examples of players who are giving back to their communities. Braylon Edwards (Free Agent) Seven years ago, Braylon Edwards made a promise to help 100 Cleveland students pay for college. The students had to maintain a grade point average of 2.5 or higher, perform community service each year, and attend workshops on a variety of topics. They all did their part and now Braylon is giving each of them $10,000 for college. In case you’re not that great at math, that’s a cool million he just donated, and he’s not even currently signed to any NFL team. He last played for the New York Jets in 2012. 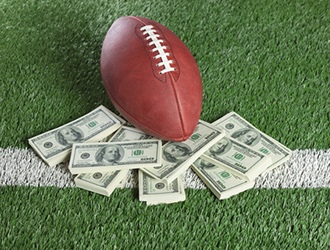 Calvin Johnson (Detroit Lions) Through his foundation, Calvin “Megatron” Johnson supports several student athletes from the Detroit area. A total of five students receive tuition scholarships, and several other past recipients received book awards. Scholarship winners are selected based on their academic achievement, leadership skills, and financial need. Anquan Boldin (San Francisco 49ers) This former Super Bowl champion (XLVII) recently awarded three $10,000 scholarships for Palm Beach County high school seniors through his Q81 Foundation. Unlike traditional academic scholarships, these awards help the students cover expenses for things other than tuition, such as food and housing. Charles Johnson (Carolina Panthers) Many NFL players host football camps during the off-season. Charles Johnson is one of them. His two-day camp not only features several sports clinics, but also a college fair and the presentation of two $20,000 scholarships to Hawkinsville High School (GA) graduates. 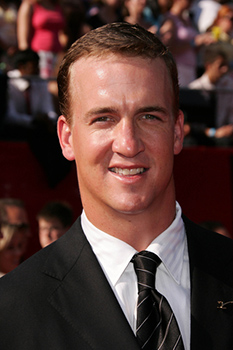 Peyton Manning (Denver Broncos) I once had the opportunity to meet Peyton when he was playing with the Indianapolis Colts. He’s a nice guy with a big heart, especially when it comes to helping at-risk children. Since 2009, his PeyBack Foundation has provided one $10,000 scholarship each year to a student athlete. 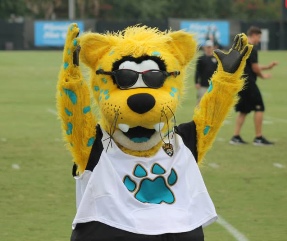 Jacksonville Jaguars: Eleven college scholarships totaling $25,000 for area high school graduates. If you’re not located in one of the lucky cities that hosts an NFL team, don’t worry. There’s still another way for you to score an NFL scholarship. Through the NFL Rush Fantasy Football League, students between the ages of 6 and 13 have a chance to score a $500 scholarship each week beginning September 4, 2014. Points are tallied over the 21 weeks leading up to the Super Bowl, with one winner grabbing the ultimate prize, a $10,000 scholarship, on February 9.