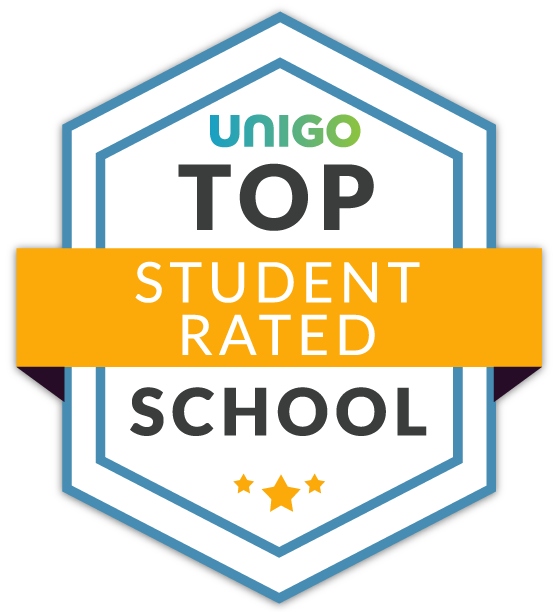 The Wheelock College Academic calendar runs on a Semester basis. In the school year the student to faculty ratio was 9:1. There are 70 full time instructional teachers. Degrees awarded at Wheelock College include: Bachelor's Degree, Masters Degree, Post-master's certificate, Doctor's degree.

Admissions at are considered Less Selective, with ,14% of all applicants being admitted.

In the school year, of the students who applied to the school, only 12 of those who were admitted eventually ended up enrolling.

We asked, and students answered these important questions about student life at Wheelock College.

It is an amazing inclusive school that gives endless opportunities. Classes are small and make sure you are able to learn so you can get the most out of your education. I originally left and did not believe it was worth it, but after looking at a few other top notch public schools I came right back because how supportive it is.

Wheelock is far from what I expected. To start, the academics at this school are simply meteocer. I transferred out of two classes within the first two days of the fall term because I felt that both professors were truly UNABLE to teach...At times, Wheelock felt like a glorified community college. it felt like the marketing team was really the most prominent department in the school, wheelock is facing serious problems as an institution which is affected enrollment and applications. instead of solving these problems the school is hyping up their marketing. at times, wheelock felt more like a mid-sized corporation than an institution. in fact, 40% of the time it felt like a glorified community college, 40% of the time it felt like a corporate entity desperately struggling to make it, and 20% it felt like an insitution of higher learning. While intellectual and engaged students can be found, if you are looking to be in a college that feels like an intellectual community, Wheelock will disappoint. Many, (NOT ALL) of the female students seemed to view certain issues in an ignorant or backwards manner, to the extent that their own views were detriment to their well being as females. The male community, albeit minuscule, was generally incredibly ignorant, sexist, and homophobic. We had a unit on feminism in my sophomore year social work class and not a single man exhibited even the slightest tolerance or respect for the topic of feminism. Everyday after class i would hear them huddle up, calling it "Gay" or calling the teacher a "fag", etc. they were angered that they were studying feminism. moreover, within the male community there seemed to be a palpably uninhibited culture of homophobia, at least within the circle i ran with. additionally, many of the females in my feminism class would complain about it as well, something that made minimal sense to me..seemed that their views really worked against their own interests. all in all i felt that many of the people at wheelock, specifically the male community, was IGNORANT. one more thing: a lot of the men at wheelock are recruited for the schools desperately waning sports program, and that is the ONLY reason they go. since wheelock is a specialized school, that means that you are around a whole hell of a lot of un-engaged people that have ABSOLUTELY NO interest in the majors the school offers, something not that fun to be around. i would say 7 out of 10 men i met didn't want to major in a major that wheelock offered and/or were planning on transferring. the first year field placement will only feel applicable to you if you are an education major. as a JJYA major, i thought that the opportunities were diverse. but the field placements the first year are ONLY in schools, and you don't get another field placement util senior year. all in all i felt that the field opportunities at wheelock were grossly hyped up. lastly the campus. i personally found that i didn't understand what i wanted from a college campus until i actually went to college. but, the campus was the second component, after the quality of the classes, that made wheelock feel more like a community college than a four year university. neatly placed beside what is basically a freeway, whelks campus was...well, just weird and unappealing, far from what one would typically desire. moreover, it was small and just odd and generally added to the feeling that wheelock was an overpriced community college. the ONLY thing that I will miss about wheelock is that, for a private college, they do a pretty darn good job of having racial diversity. but while important, i didn't feel this made up for the other realities that school faced and i wound up transferring anyways. lastly, when i came i was worried that the school was boring. i heard that the party scene was non-existent, etc. this isn't true. most of the people at wheelock like to have a good time, but the school just doesn't facilitate parties. therefore you just go off campus. all in all I'm leaving, primarily because i found a school that has a better major for my professional goals. yet, i won't miss the widespread ignorance of the student body, shaky administration, and general averageness of the academics.

I would definitely recommend to anyone interested in public sector fields such as- education, social work, non-profit leadership, and humanities. Our political science department is also growing and attracting more students thanks to Professors Geoff McCormack and Sandy McEvoy. But of course, like anywhere else, Wheelock has its pros and cons. It's just up to you to become involved and find your niche of friends/interest groups so that you can get the real true beauty that comes with going to school in the heart of Fenway Park in Boston.

I am currently a student at Wheelock college. It is a great school. The campus is small and safe. The professors and faculty are amazing. I would recommend this school to any student looking to major in education, social justice, or child life. Wheelock college is a great Boston school.

of students living on campus

All students must apply yearly for financial aid. This process starts with the FAFSA. Though financial aid deadlines vary by school, it is a good idea to apply as soon as possible. For the upcoming school year, you can apply as early as October 1 for the FAFSA. Additional school aid will be dependent on the FAFSA results.

Cost Out of State

Tuition and fees(Out of state)

We use student reviews and the most current publicly available data on our school pages. As such, we don't typically remove or edit college information. Sources for school statistics and data include the U.S. Department of Education's National Center for Education Statistics and the Integrated Postsecondary Education Data System. Portions of college data include copyrighted material, which is reproduced on this website by permission of Wintergreen Orchard House, a division of Carnegie Communications. © 2009-2016 by Wintergreen Orchard House. All rights reserved.

Find your perfect match from over 3 million scholarships!

CAN YOU GET INTO Wheelock College?

Complete your profile to see if this school is a fit for you, and what your chances of admitance are.