Being Waitlisted Doesn’t Mean You Have To Wait 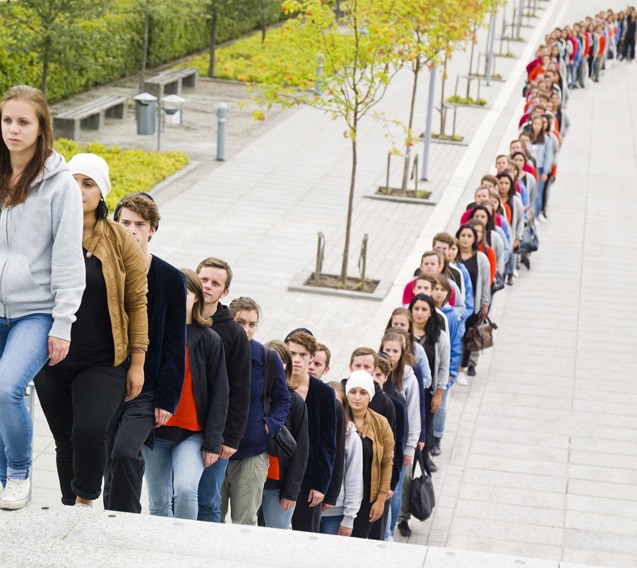 April 1st arrives, and you’ve found out if you’ve been accepted to the colleges you applied to. You mourn the colleges that rejected you, then dust yourself off to revel in your acceptances. By May 1st — after hopefully reviewing everything carefully — you make a decision. A deposit is made, the housing questionnaire’s complete, and now you can celebrate. You are a ______ (fill in the name of the mascot here)! Congratulations!

But, unfortunately, this is not the scenario for everyone. While you’re online ordering your college’s swag, other students are in a collegiate purgatory — the waitlist. They are not buying logoed hats or reserving orientation dates or following their new school on Twitter. Instead, they are feeling the same anxiety that you were feeling a month ago, but now it’s heightened because of the celebratory atmosphere all around them.

As one of my friends describes it, when her son found out that he got waitlisted at his top choice, UC Berkeley, neither she nor her son could be “sad or thrilled with what they had, knowing they might have something better behind door #2. Really, everything just sort of fizzled.” There was no “confetti moment,” as she called it. What they had was an acceptance from UCLA, a school other students, especially within our sons’ own graduating class, were coveting. But to paraphrase an old proverb, one student’s top choice is another student’s waitlist, and vice versa.

What does it mean to be waitlisted for a college?

After applying to a college, some students may receive a notice that they have been waitlisted. This may mean that the student may be accepted later if other students decide not to attend the school. In short, other students need to decline to attend for there to be room for a waitlisted student.

What people tell you to do if you’re waitlisted

Advice abounds on the Web, but my friends whose sons and daughters were waitlisted were told by their school counselors and the college admissions offices to just wait. Simply wait and do nothing else. Do not send letters or emails and do not call. This waiting becomes the equivalent of watching everyone around you pair off on prom dates, while the guy you want to go with won’t let you know until everyone else has turned him down.

Just as with the initial admissions decisions, it comes down to the numbers. Each year, colleges are adding to their waitlist numbers because they have to hedge their bets knowing that students are applying to more and more schools. In 2013, waitlist numbers ranged from the hundreds to the thousands.

Whether colleges admit any of their waitlisted students is determined by how much of a gap they have in enrollment, if any. Not getting in through a waitlist is not a reflection on the student. It once again comes down to a sheer numbers — a business decision on the college’s part.

What should you do if you have been waitlisted for college?

You do not have to wait. That is, you may wish to apply to other colleges and start considering other opportunities. Sometimes it may take until mid-June to learn about acceptance, which may be too long for some to wait.

Even knowing all this, the waiting can be torturous, and there is one big thing you can do to help if you are in this situation: get as invested as possible in another school that has accepted you. Case in point: One of my friends’ son got waitlisted at his first choice of Cal Poly Pomona’s engineering program. According to their admissions department, it may take until mid-June for the students on the waitlist to know if they have been accepted. This has left my friend’s son and his family uncomfortable and unsettled. This feeling, however, hasn’t stopped them from putting down a deposit for both admissions (non-refundable) and housing (partly refundable) at CSU Chico. It didn’t get in their way of attending Chico’s open house for admitted students. There, they met with professors and current students in the engineering department. They walked around the campus and toured the residence halls. And, here’s the interesting thing: in doing all this, they fell a little in love with the school, describing it as “down-to-earth, beautiful, eco-friendly, green, and accessible.” Their “second choice,” might actually turn out to be a better fit than Cal Poly Pomona.

What to do if you’re accepted

If it turns out you’re one of the lucky students who are not waiting, please have a little heart and courtesy. Right after pressing the “accept” button, go online to the schools you’re not going to attend and graciously decline their offer. In doing so, you will help clear a path for those young men and women who are waiting desperately for their very own confetti moment.

Does being waitlisted mean you should not apply to other schools?

Definitely apply to other schools that you are interested in if you have been waitlisted. There is no guarantee the current college may have room for you.

Judith, and her high school sweetheart husband David, are parents to two sons.  She has survived — barely — the college application process and is resting for about 43 minutes before having to do it all again.  In the meantime, she can be found blogging at judithgarvinbickel.com.