Have other friends, and 9 other ways to swing life with a roommate 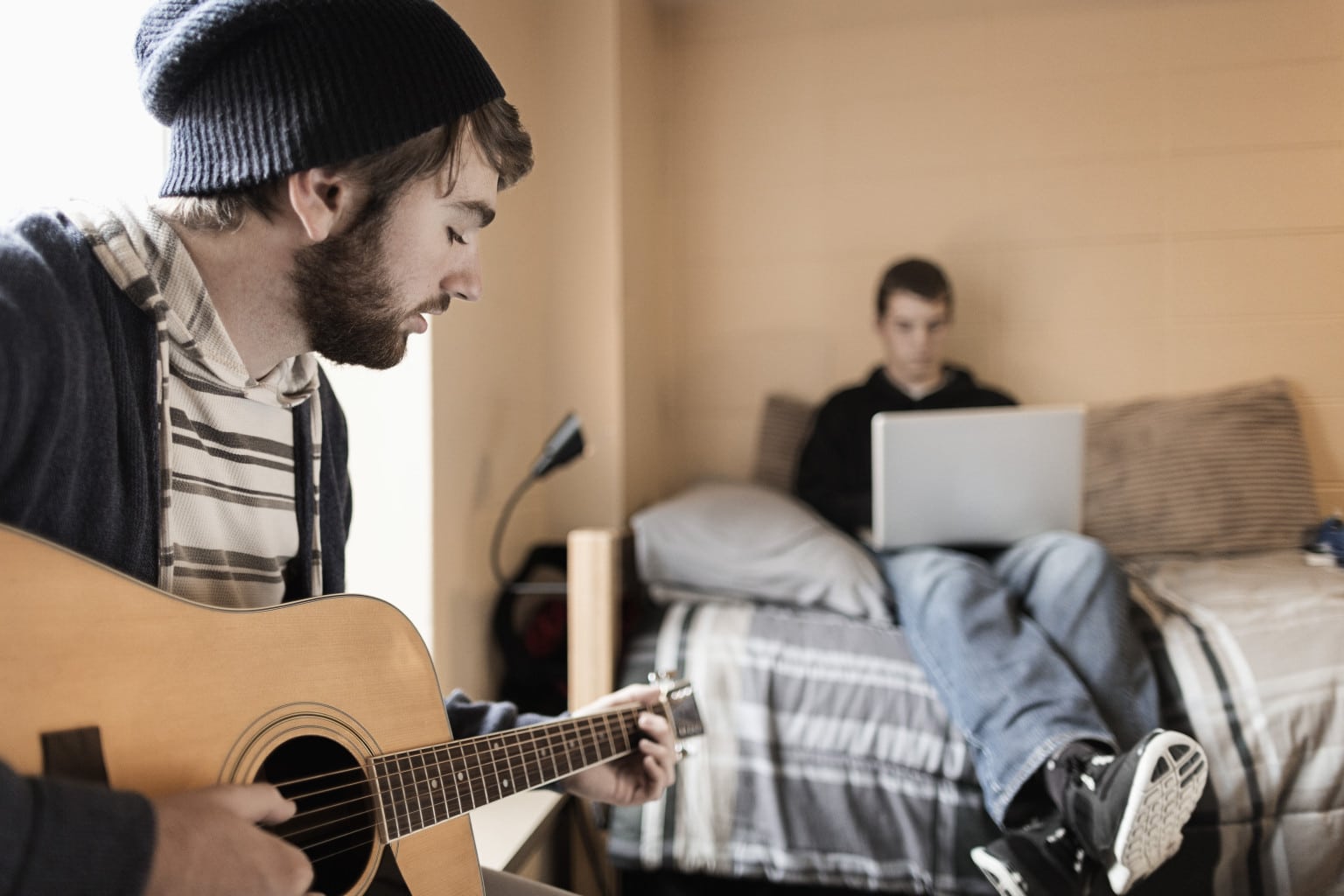 Confrontation is hard. Absolutely. But glaring at your roommate won’t solve the problem of the pile of nearly radioactive, unwashed laundry taking over the floor, and neither will inviting other people in to say, “Gee, it kind of smells in here, doesn’t it? I can’t imagine why!” You’d want your roommate to be direct and tactful with you if something you did annoyed her, right?

It’s not just for memoirists anymore. When you have a problem, speak up. It isn’t rude to raise concerns, especially if you do it in a calm, non-accusatory way. “Did you by any chance borrow some money from me?” will almost always net better results than, “I’m calling security right now.” Odds are you will have some issues to discuss, since this might be the first time you share a bedroom with anyone.

Do like Samuel L. Jackson and try not to sweat the small stuff. As long as what your roommate does on his side of the room stays on his side of the room, it might be a better strategy to let it be. Of course, if he’s starting up a state-of-the-art meth lab, you could get arrested as an accomplice whether or not you actually help him buy cough syrup, so you do have to draw the line somewhere. But in general, try to live and let live.

Love your roommate? Lucky — I once had a roommate who declared she had to fall asleep to music and I had two options: the Wallflowers or Marilyn Manson. Night after night, I drifted off cursing the fact that Jakob Dylan only released one CD. All the same, don’t forget to give each other space. Even if you are brothers from a different mother, both of you will benefit from meeting other people. Expanding your circle assures that, if nothing else, you will have that many more people to borrow clothes from for those themed dances freshman year.

5. Remember what you learned in kindergarten

Be generous with your food. Clean up after yourself. Don’t throw a tantrum if someone uses your crayons without asking.

I was sexiled for the first time in summer camp and had to crash on a friend’s floor. We were fifteen. Let your roommate know in advance if someone’s coming to sleep over, whether it’s your buddy, your three sisters, or your date. And don’t try to hook up quietly while your roommate sleeps. No one can sleep through that and it’s harsh to make someone pretend.

7. Stay on your side of the room

If you’re thinking of starting up that state-of-the-art meth lab, have the decency to scout out other real estate. Likewise, if you smoke, do it outside, and if you have a rooster alarm clock that sings “Hey baby, wake up, come and dance with me!” chuck it out the window before your roommate does.

8. Set the ground rules early and abide by them

Your roommate might be a Unitarian-Universalist who’s into polyamory or an objectivist who pops his collar. College is all about getting to know lots of different kinds of people and learning how to disagree with them in a civil way. Before you go running to the administration begging for a more suitable match, give it a shot. Differing political affiliations, sexual orientations, and religions may seem like serious obstacles to roommate harmony, but they don’t have to be. Remember Rule  number 7 and you should be fine.

10. If your roommate has a serious peanut allergy, do not eat peanuts in her bed

For real, folks. Take this one to heart.

Although I was fortunate enough to have great roommates in college, in the summer camps I attended from 7th grade on, I was cursed by the housing gods. Here is a sampling of the people I had to share cribs with:

A) Rachel, summer of 1994. Rose at 6:20 AM to a singing rooster alarm clock before putting on one of her identical Catholic school uniforms. Was uninterested in wearing anything else. Went to bed at 9:30 PM.  Listened to Yanni.

B) Lizzie, summer of 1996. Covered all lights in the room with cloths. Moved her mattress onto the radiator. Removed the screen from the window to facilitate her smoking and the entry and exit of boys in the room at night while I slept badly on other floors.

Use our Roommate Match to find someone you’ll get along with.