Each year students, faculty and Buckeye fans await anxiously for homecoming week. It’s a time for sororities and fraternities to join together for philanthropy projects and themed gatherings to get Buckeye fans pumped for the most anticipated game of the year. Oh yeah, and how could you forget HOMECOMING COURT?

Beginning on Oct. 13, the homecoming nominees were announced and voting began. With homecoming court having 10 king nominees and 10 queen nominees, this year’s court was selected through an application/interview process, and popular vote among undergraduate students with polls ending Oct. 17. 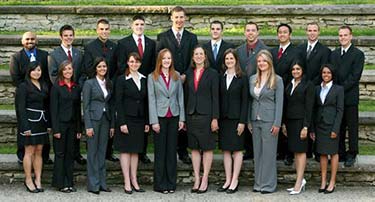 On Oct. 20, the event “Friends Don’t Let Friends Have Sex With Drunk or Unconscious People,” located in Campbell Hall, helped to make students aware of the number of choices and risk factors related to sexual activity under the influence. Students participated in case scenarios and role playing to better understand the relationship between alcohol consumption and the clear acknowledgement of consent to sexual activity by both parties. Students will have more strategies for intervening in tough situations and resources available on campus and in the community.

Probably one of the most anticipated events besides the actual game itself is the “Greek Sing 2008.” Hosted by all the Greek chapters, it is a fun and interactive way to get the sororities and fraternities involved with one another and get younger students more involved in Greek life.

From Oct. 22-23, the bloodmobile hosted its annual “Be a Homecoming Hero and help save a life by donating blood at the American Red Cross Blood Drive!” Donors were eligible to win two free tickets to the OSU-Michigan game, in addition to receiving other great thank you items.

Unfortunately, the parade and float production was pulled to a halt due to the overly anticipated game and bad weather. But that didn’t stop Buckeye fans to come out and show their support for Oct. 24 pep rally.

“After much deliberation and with a heavy heart we have made the decision to cancel the Homecoming parade,” said Colette Masterson, chairman of the homecoming committee. “In the interest of everyone’s safety, wellness, and keeping our great Buckeye fans healthy for tomorrow’s game.” Oct. 26 had a one day, three ways to battle breast cancer event. The “Step, Stride or Swim for the Stefanie Spielman Fund for Breast Cancer Research at The Ohio State University Comprehensive Cancer Center” was a great way to end your Homecoming week with a little sweat and a lot of heart. This event was open to students, faculty, staff, alumni, community members and friends.