Community college vs. university — my experience

There’s a lot of pressure to pick the right college, and for many this means applying to prestigious four-year universities. But is that really the best option? I’ve attended community college and university and discovered the benefits of each. Here’s what it was like to go from a community college to a four-year college.

There was a wide variety of students ranging from college-aged kids to single moms to middle-aged adults picking up a few courses. The classes had an odd juxtaposition of extremely dedicated and extremely lackadaisical students. The low tuition seemed to create apathy in the younger students, while the older students seemed grateful for the opportunity.

It took me a while to make friends, which didn’t happen until I attended my theater courses. I made friends mostly in rehearsals, rather than in class. Not having friends in my classes kept me focused, but as a result, I wasn’t committed to getting involved in campus activities, which I think caused me to miss out on a lot of opportunities.

No personal connection with teachers

Overall the classes were great, but the teachers didn’t take much time to get to know us individually. It seemed that because students only stayed at community college for two years, teachers didn’t invest in developing personal connections.

Community college was fine. It saved me money and I learned a lot, but it was uninspiring. After the first year I wound up lonely, with little to no friendships, and feeling like I hadn’t made much progress toward my degree. So I decided to transfer to a four-year college.

Transferring to university wasn’t too hard

Transferring was mostly just a lot of paperwork. Being proactive made the process much smoother — I contacted the various offices and followed up promptly, rather than waiting for them to contact me. I emailed or faxed my documents rather than mailing them, and I’d call to make sure they were received. I also prepared by wrangling a few scholarships, securing housing, and setting my class schedule. Clearly, I was ready to go! Not all my credits transferred, but that was my fault for not reading the fine print prior to taking the courses at my community college.

Because I had chosen an out-of-state school, I arrived four days before classes started for a welcome weekend for new students. The festivities were awesome — the school went all-out. There was food, music, games, and they rented out an amusement park for us so we could get to know our new classmates. I made a few friends very quickly, which was especially helpful in adjusting to my first week of classes.

My roommate moved in two days after I arrived — and she’s still one of my best friends! We clicked instantly and did all the typical college things, like staying up all night talking and going on midnight fast food runs. It was such a comfort to know I always had a friend to come home to.

From day one, I got heavily involved in campus events hosted by the theater department. I participated in fundraisers, play festivals, readings, meetups, and more. I had found my niche!

The students were much more dedicated than those I had seen at community college, and much more interested in working together. I was finally in a group of my peers, rather than a collection of students of all ages. And it was reassuring to be around by people who were just as confused as I was!

My classes were smaller than at community college and the teachers took more time to get to know us. They offered guidance and discussed how they could help me succeed. I formed friendships with several of my professors. The classes were more challenging, but felt much more rewarding.

Community college vs. university: which is better?

The decision to attend a community college instead of, or before, a four-year college is complicated and based on many factors. It’s definitely cheaper, and a great way to satisfy your prerequisites before transferring to an expensive four-year college to complete your major. For my first year, starting at a community college was worth it so I could have a lighter course load and lower tuition. It also gave me time to decide my next step, an opportunity for which I am endlessly grateful. But, ultimately, transferring to a four-year college felt like coming home. It felt right.

There’s a lot to consider when choosing a college, and everyone has different needs. Use our College Match to find the right school based on the things that are important to you. 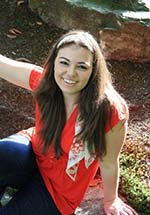 Trinya is a former theater student who has spent her post-college time advising others about financial aid and the college experience. She enjoys reading, writing, singing, and speaking at local schools about college and student loans.