I have been a fan of ‘The Walking Dead’ since the first episode. When it first aired, I anticipated a lot of blood and guts (I wasn’t disappointed), but figured I would grow tired of it after a few episodes. What I didn’t expect to find was a television show that was well-written and characters that were so diverse that I would be drawn in deeper each week. Now, three seasons later, here I am counting down the days until it starts again (Is it October yet?). Along the way, I began to realize that this series was offering me so much more than just a buffet of brain-munching zombies; it was actually teaching me some valuable lessons about life and how to win scholarships. Sounds crazy, right? Not really. Just give me a few moments of your time and I’ll show you how ‘The Walking Dead’ can teach you how to not only stay alive during a zombie apocalypse, but also snag some free money for college, too.

One thing you learn very early on in the show is that you can’t just take off running without a plan. If you do, you could easily find yourself in a sea of zombies with nowhere to hide. To survive the apocalypse, you have to find supplies and establish a base camp. The same is true with scholarships. Before you begin applying for awards, gather your important documents (supplies), such as your transcript, activity résumé, letters of recommendation and mailing supplies (for those programs that still require a paper application). Next, establish your base camp, otherwise known as your scholarship search tool. There are several good free resources online, and it doesn’t hurt to have more than one ‘camp’; you never know when you might find something better down the road! 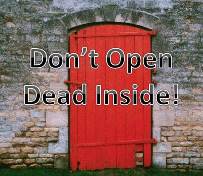 Another thing that makes me crazy on the show is how often the characters simply ignore the warnings left behind by others. These ‘rules’ are there to help them and keep them out of danger; when a door has ‘Do not open. Dead Inside’ written all over it, don’t open the door people! The same is true with scholarship guidelines and rules. If the provider states you cannot go over 250 words, don’t submit an essay with 275; it will be disqualified. The rules are there for a reason, so review them carefully and stick to them, especially if you want to survive the preliminary judging round.

Michonne is a Katana-wielding femme fatale in ‘The Walking Dead’. She’s not too friendly, doesn’t really trust anyone, and will slice the head off of anyone who even appears to be ill. Given her character’s less-than-soft demeanor, it was quite the shock when she went into a bar to retrieve a family photo for Carl and also a comical-looking cat figurine that was ‘too damn gorgeous’ to leave behind. Scholarship providers love to be surprised, too. After reading hundreds of similar entries, adding in a little something ‘unexpected’ can really help your application stand out; when approaching essay questions or other application prompts, remember to think outside the box. For example, the Flavor of the Month Scholarship asks you to pick an ice cream flavor that best describes your personality. Most people will use familiar flavors, but if you create your own unique concoction, it will tantalize the scholarship committee’s taste buds and possibly lead to you ‘scooping’ up $1,500 for college. 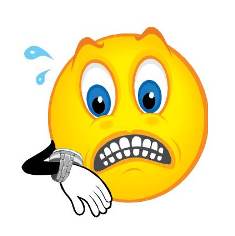 In nearly every episode, it’s the person who waits too long to grab a weapon, or just isn’t paying attention, who ends up losing his/her life. Slackers are zombie chow in the apocalypse, so you better get rid of that bad habit now. If you wait until the day before or the night of a scholarship deadline to start working on your application, guess what? You’re probably going to lose; it’s too easy to make silly mistakes and forget important items (oops, there are no bullets in the gun!) when you wait until the last minute. Give yourself at least two to four weeks to work on your applications and essays. This will give you plenty of time to have someone else edit them and make revisions, if needed.

5. Listen to Your Conscience

It’s not just the undead who want to kill you in a zombie apocalypse; some of the humans are actually more dangerous. Andrea ignored a ton of signs that the Governor wasn’t quite ‘right’ and she paid the ultimate price in the season finale. When you start to get the feeling that something isn’t right, it’s usually a good idea to pay attention to your conscience or bad things may happen. This is especially true for scholarship programs. If you come across a scholarship that asks for money or a credit card, listen to your inner voice and walk away. If you can’t find information on the provider or there isn’t any mention of previous winners, investigate further before submitting any information or registering for an account. Not all scholarships are legitimate, so trust your instincts and stay away from those that just don’t seem right. The next time your mom or dad gives you grief for watching a zombie-laden television show, let them know that it’s actually teaching you valuable lessons about life and college financial aid. After watching an episode or two, they’ll probably forget why they complained in the first place (it’s that good), and you’ll not only be ready to tackle any scholarship application that comes your way, but also have the skills to keep your family safe in the event of a zombie apocalypse.