Last week, I was having lunch with a friend and the subject of college came up. We both have daughters who are high school juniors, so it’s never far from our thoughts. We discussed the intensity of the International Baccalaureate program (our daughters are enrolled but at separate schools) and even planned for an upcoming college tour at the University of Florida (UF). The conversation was going smoothly until I asked how he planned to cover the tuition and other fees at UF. With a completely straight face, he replied that he expected his daughter to get a full-ride scholarship. Why wouldn’t he believe that his child, who has played softball since she could walk and carries an unweighted grade point average (GPA) of 3.5, should be able to win such a coveted award? The media is full of reports about students who are being showered with full-ride scholarship offers, so it’s only natural that he would expect it to be a viable option. Although I hated to be the bearer of bad news, I felt obligated to clue him in on the reality of his financial plan. 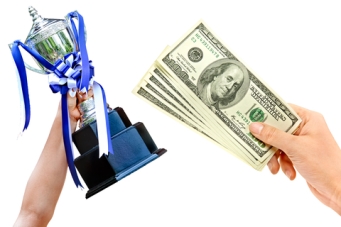 Yes, the full-ride scholarship does exist; however, it’s highly unusual for a college to offer more than a handful. Competition at the most prestigious schools is fierce because nearly all the applicants have high GPAs and test scores, so standing out among the crowd takes some real effort. Those who want even a remote shot at earning a full-ride, merit-based scholarship may be able to increase their chances by applying to lesser known schools where they are over-qualified for admission, but it may also mean giving up the dream of attending an Ivy League school. Out of the millions of students enrolled in college, less than 20,000 across the country will receive the golden ticket of scholarships. Even those who are star athletes don’t have much of a chance at scoring a full-ride scholarship. In fact, the National Collegiate Athletic Association (NCAA) reports that only about two percent of high school athletes are awarded scholarships and many of those do not cover full tuition or other expenses.  A total of six college sports (men’s basketball and football; women’s basketball, gymnastics, volleyball and tennis) offer full-ride scholarships; for students in other sports, such as softball, the average NCAA scholarship is less than $11,000. For out-of-state students, that really won’t make much of a den t. As I tossed out statistics, I could see the wheels turning in my friend’s mind. He was counting all the hours and money spent on equipment, uniforms, and travel. After doing everything right, he just couldn’t understand how his investment would not result in the ultimate reward. He, unfortunately, is not alone. Many parents make the mistake of relying on their child’s academics or athletic ability to earn them that elusive full-ride scholarship. Now, I’m not saying that’s impossible for her (or any other student) to earn one, just extremely unlikely, so he needed to include other revenue options in his college financial aid plan. Here is what I suggested: 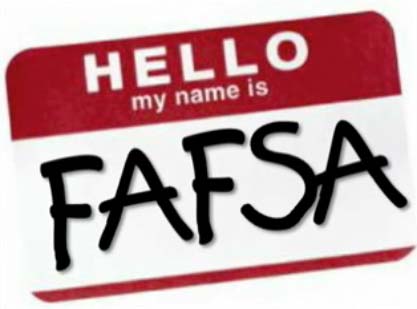 First, no matter what your family’s income is, complete the Free Application for Federal Student Aid (FAFSA). This is the key to institutional, state and federal money for college, which opens doors to grants, scholarships and low-interest student loans. Next, make sure your child is applying to private scholarships, local and national; the odds of winning one of these awards is much better than earning a full ride. Don’t discount the smaller awards, either. Small scholarships ($500 or less) are often paid directly to the student and can often be used for books, meals and other essentials. Finally, reach out to friends and relatives. Your child could launch a crowdfunding campaign or even offer his/her skills in exchange for donations to a college fund. It’s also not a bad idea to encourage them to pick up a part-time job over the holidays or summer break.

No matter how many scholarships your child eventually earns, never think of the time or money spent as a waste. She learned valuable time management skills and how to work with others, which will come in handy at college. Earning a scholarship is not validation that your child is a winner; it simply means she was lucky enough to grab the judges’ attention at the right moment. Walking across the stage to get her diploma is the real reward.