Honest Abe and Other Presidential Scholarships 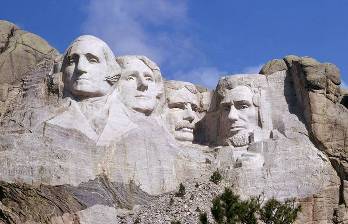 Nearly 50 years ago, the United States Presidential Scholars Program was established to recognize America’s most distinguished high school seniors. Although it is not a scholarship program, it is one of the highest honors a student can receive. Each year, 141 Presidential Scholars make the trip to Washington, D.C., where the President of the United States presents them each with the Presidential Medallion. U.S. presidents have a long history of inspiring leadership, service and dedication to academics and many are honored through institutional presidential awards and private scholarship programs. This President’s Day, we honor those who have held our nation’s highest post by taking a look at some of the current scholarships programs that honor them, as well as those programs that bear the presidential name.

James Madison was the fourth President of the United States (1809-1817) and is often referred to as the ‘Father of the Constitution.’ The James Madison Memorial Foundation, in recognition of Madison’s contributions in creating and ratifying the Constitution, established this program to assist graduate students in their studies, provided they agree to teach constitutional issues or history for a minimum of one year following their graduation. A total of 53 fellowships, valued at $24,000 each (over two years), will be awarded. Deadline: March 1, 2013.

Many presidents have had to deal with conflicts during their time in office, including Abraham Lincoln (Civil War), Woodrow Wilson (WWI) and Harry S. Truman (Korean War). This award, offered by the American Legion Auxiliary, provides financial assistance to high school seniors who have a parent who has served in WWI, WWII, the Korean War, Vietnam War, Granada Conflict, Panama Conflict, or Desert Storm/Desert Shield. A total of 15 scholarships, valued between $1,500 and $2,500 will be awarded. Deadline: March 1, 2013.

Here’s a bit of trivia…Jimmy Carter, the 39th President of the United States, may be fondly remembered for his affinity for peanuts, but many people do not realize that he was also a nuclear engineer. Hebert Clark Hoover, the 31st President, was also an engineer. Why is that important? It’s not, but current undergraduate students, in an engineering program or materials science field, may be eligible for this $5,000 scholarship. Deadline: March 15, 2013.

It may not sound very presidential, but this merit-based scholarship program actually honors our 16th President of the United States, Abraham Lincoln. Three awards, valued at $500, $750 and $1,500, are offered to U.S. and international students who are attending a U.S. college or university. Applicants must submit an essay (1,500 to 5,000 words) addressing this year’s topic on Lincoln. Deadline: July 31, 2013. Of course, it only makes sense that Gettysburg College would provide one of the most valuable Abraham Lincoln Scholarships offered to college students. The top-ranking incoming freshmen with the highest grade point averages, class rank and college entrance exam scores will be automatically considered for this $25,000 renewable scholarship. Many other colleges and universities also provide either a President’s Scholarship or a Presidential Scholarship, so students who have high academic marks should definitely inquire about these potentially large award programs.