SAT or ACT: What’s the difference and which should you take? 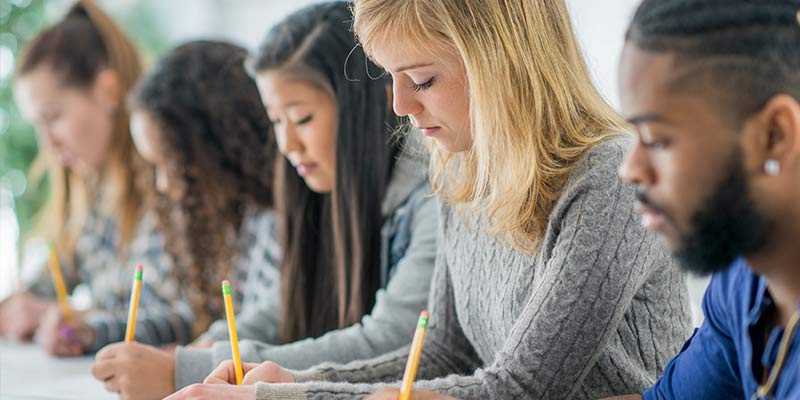 One key component of college prep is taking the SAT, ACT, or both as required by colleges and universities. In most cases, soon-to-be college students take one or both of these tests prior to applying to schools and include their scores in their application packets. Obviously, the higher the score on either test(s), the higher the chance students have of being admitted to the schools of their choice.

Given that you’re reading this article, you must be ready to take this important step. Your question might be:

What’s the difference between the two tests, and which test should I take?

The differences between the two tests are relatively small, but sometimes significant enough to warrant taking one test over the other or trying your hand at both. Each test helps you gain admittance to schools and win merit-based scholarships.

The SAT and the ACT each test subjects in a slightly different order.

The order of subject testing for the SAT:

The order of subject testing for the ACT:

While you might see these different orders of subject testing as insignificant, you might also be relieved to see math, for example, earlier or later in the test. Similarly, you might be enticed by the idea of testing your science reasoning, or you might be quite daunted by the prospect. Part of successful test-taking is approaching your test as calmly and confidently as possible. Which order of subjects might make you feel more relaxed? The answer to this question depends on which subjects you like, which you don’t like, and whether you prefer to work through challenging subjects earlier or later in the test.

Within the subjects tested on each test, there are further differences.

What else to consider when preparing to take the SAT, ACT, or both:

Now that you know more about the SAT and ACT, move forward with your research for finding your perfect school. Consider where you want to live and study, how much school will cost after scholarships and other forms of aid, what schools have the programs of your choice, and application deadlines and requirements. Good luck!