How I saved $15,000 in tuition and graduated from college in 3 years 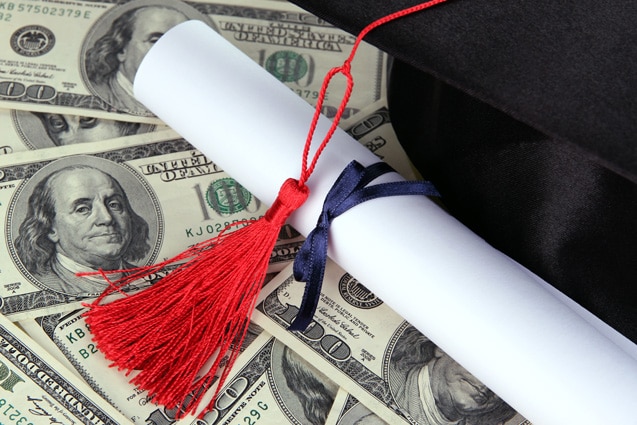 College is expensive, classes are hard to get into, people spend a ton of time deciding their major, and more students are taking five years to graduate. Concurrent enrollment helped me bypass all that.

It seems like getting into college is astronomically more competitive now than it was when I was applying for schools a few years ago. Every year at my alma mater, UC Santa Barbara, the average GPA of incoming freshmen seems to push up and up. So if you’re a high school student, I have a great idea for you.

What is concurrent enrollment?

There’s so much pressure to decide on a major and career path before you even apply to college. When I was a sophomore in high school, I decided that I wanted to major in either psychology or political science, but I had no way of sampling either field to see if it was right for me. During a weekly presentation from our guidance counselors, I found out about a program called concurrent enrollment.

Concurrent enrollment allows high school students to enroll part-time at the local community college. There, you can take classes not offered in an equivalent form at the high school. Not only can you receive extra credits on your high school transcript, but since the classes are official college courses, you can also get college credit.

After her presentation, I made my way to the guidance counselor’s office. I told her I was interested in taking concurrent enrollment classes at the local community college. Together, we looked at the catalog of classes. She explained to me that the option was normally offered to allow students to take higher math and sciences classes. However, because I had a strong interest in the social sciences and my school had very few classes, she signed off on my petition to do concurrent enrollment.

Concurrent enrollment was normally offered to allow students to take higher math and sciences classes. However, because I had a strong interest in the social sciences and my school had very few classes, she signed off on my petition.

I paid only about $40 to enroll as a concurrent enrollment student. I started by taking one class (Abnormal Psychology) at the community college in the spring semester of my sophomore year of high school, just to test it out. It went well, and that semester forward, I enrolled in 11 units each semester throughout high school.

By the time I started as a freshman at UCSB, I had completed several of my pre-major requirements. This was a huge benefit for an incoming student. Classes in every department were impacted (meaning there were far more students who wanted to enroll than there were spaces available), and the lower division (first- and second-year classes) were the worst affected. I was able to enroll in third- and fourth-year classes during my first year. I didn’t have to waste a semester (or year) taking classes just to fill my schedule so I could be a full-time student. I was able to take classes I was highly interested in during my first year of school, and I was able to benefit from having the practical experience of already taking classes in a college environment, which enabled me to thrive in my third/fourth-year classes.

Because I had taken part-time concurrent enrollment classes throughout the second half of high school, I entered UCSB with 70 units. This gave me a senior class standing by the beginning of my sophomore year of college, and senior/first priority when registering for classes. And because I had taken classes that applied to my major (political science with an emphasis in international relations) while I was in high school, I completed my major by the end of my second year of college, meaning that my third and final year was spent finishing my two minors (German and history) and my general education requirements.

Since tuition was about $5,000 dollars a quarter when I finished taking classes in 2012, I estimate that I saved $15,000 in tuition by the time I graduated from college. I also had an extra year to figure out my life after graduation. I used that time to apply for grad school, get work experience in Santa Barbara, and do some world traveling while my friends were finishing their fourth — and some, their fifth — years of school at UCSB.

I completed my major by the end of my second year of college, meaning that my third and final year was spent finishing my two minors. I saved $15,000 in tuition by the time I graduated.

Is this too good to be true?

If you’re thinking of majoring in a hard science and you’re considering concurrent enrollment, make sure you consult with an admissions officer at the college you’re interested in. Like AP credit, many colleges want their hard science majors to take classes at their institution. However, many will give elective credit for completed AP or concurrent enrollment courses, which then boosts your class standing and increases your priority for selecting classes when the time comes to register for the next semester.

You also have to remember that you’re taking real college courses, and if you do badly in a class, it can adversely affect your admission chances at your prospective school and they can be a weight on your college GPA. So, if you’re going to commit to these classes, make sure you have enough time to be engaged, learn, and complete all the work in a satisfactory manner.

1. To get started, talk to your guidance counselor. See what kind of options your high school offers. The fee may have gone up since I was first enrolling, but it’s still going to be way cheaper than paying for an extra semester of college.

And, like me, maybe take just one class that first semester to make sure that you’ll be able to excel. It’ll save you a lot of time, money, heartache, and hassle when you get to your university. You’ll have a feel for real college expectations and standards. You’ll also begin to explore what career and field is right for you. Additionally, it looks good to colleges. It shows you’re proactive, invested in your education, and are capable of college-level work.

2. Next, take a look at the catalog for your local community college to get a feel for what classes they offer, which are in the evenings, and which are offered on nights that work for you. You could also try a summer semester, as I did one summer to start learning Italian.

3. Once you decide on your classes, go back to your guidance counselor and fill out the paperwork on your high school’s end, then bring it up to the admissions desk at your community college.

If you’re interested in trying a semester of concurrent enrollment, I would strongly recommend it. Good luck!

Want another way to save money on college? You don’t have to wait to be accepted to start looking for scholarships. You can win them now, and they’ll be saved until you enroll. Use our Scholarship Match to find the scholarships that fit you, and start stocking up now! 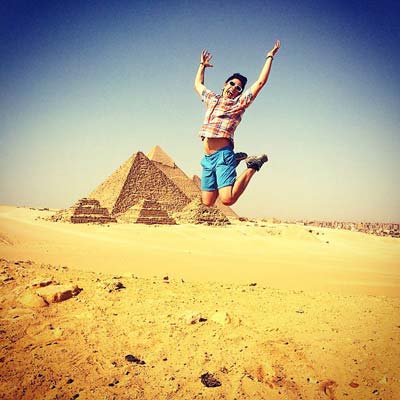 James Peters graduated from the University of California, Santa Barbara in 2013 with a major in political science and minors in German and history, and is currently completing a second Master of Arts in international conflict analysis at the University of Kent. He is an avid traveler, musician, writer, and plans to pursue his PhD. He maintains a travel blog to document his global adventures.