Why be a College Athlete? 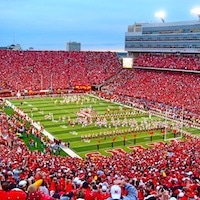 Baseball has the highest percentage of athletes that go from high school to the professional ranks with a whopping 0.5% of their athletes. Other sports are significantly less but the benefits of being a college athlete are huge and they will stand you in good stead as you progress through college and into the working world.

In a recent interview with the NCAA News US Secretary of Education, Arne Duncan, explained that the “chance to be a student-athlete is such a life transforming opportunity”. Duncan credits basketball for allowing him the opportunities he has had in his life.

As an Academic All-American at Harvard, Mr. Duncan understands better than most the role athletics has in education with college student-athletes performing better academically than non-athletes. Collegiate student-athletes higher GPA’s and graduation rate is a way forward to a better post-college life and success in their future education or career.

79% of college athletes graduate within six-years compared to 61% of non-athletes.

Duncan continued, “There are so many life lessons you learn through sports that are difficult to learn in the classroom.” And many employers agree. Employers hire former athletes due to their ability to work in a team, their ability to commit to goals and their determination to reach these goals, their unselfish nature, their strong self-discipline and their leadership abilities. These all set you up to be a well-rounded and educated college graduate and set you up for further success.

The last tip from Duncan is for high school athletes to “carefully consider the graduation rates of not just institutions but the teams they are considering.”