The Dangers of College Binge Drinking 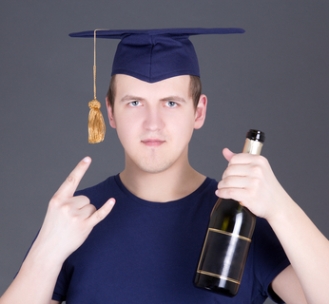 The next six weeks will be the most vulnerable for college freshmen as they try to adjust to life away from home and make new friends. Many will attend parties and engage in drinking games, or ‘binge’ drinking, which can have some serious consequences. According to the National Institute on Alcohol Abuse and Alcoholism, 80 percent of college students admit to drinking alcohol and nearly half of those have participated in binge drinking. Each year, over 1,800 students die from alcohol-related incidents and nearly 700,000 are assaulted by another student who is under the influence of alcohol. Although college partying is often viewed as a rite of passage, students should be aware of the risks related to alcohol use. Some of the more serious consequences include:

California Polytechnic State University at San Luis Obispo reports that nearly one-third of college students have missed class because of their alcohol use and at least 25 percent of students have scored poorly on an exam or assignment because of a hangover. Alcohol can also limit abstract thinking for several days or weeks, according to Creighton University, as well as impair students’ ability to remember information that they learned prior to drinking. Over time, students may experience a decline in grades or even find themselves on academic probation. 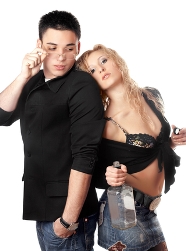 Recently, a University of Iowa student was arrested at a college football game for disorderly conduct and was found to have a blood-alcohol level of .341, but she is not alone. Over five percent of college students will be involved with the police or campus security because of their drinking. Unfortunately, disruptive behavior is not the only unsafe behavior rampant on college campuses. An estimated 400,000 students are having unprotected sex while intoxicated, with nearly a quarter of them being too drunk to know if they even consented to having sex. Another 97,000 students will fall victim to an alcohol-related sexual assault or date rape. Students also admit to participating in other unsafe behaviors, such as campus vandalism (11%) and drunk driving. In fact, more than 3,360,000 students a year, between the ages of 18 and 24, will get behind the wheel while under the influence of alcohol.

CollegeDrinkingPrevention.gov reports that nearly 600,000 students are injured each year from accidental falls, burns, and other incidents while under the influence of alcohol. This does not include the nearly 700,000 students who are assaulted by other students who have been drinking. Many students also fall victim to accidental alcohol poisoning, which others often do not recognize until it is too late. Symptoms of alcohol poisoning include:

•Unconsciousness (unable to be awakened)

Many students simply ignore these signs or do not seek help out of fear of being reprimanded or expelled from school, but waiting too long could cost another student his/her life. In the event someone is exhibiting any of these symptoms, Mayo Clinic suggests that students take the following actions: 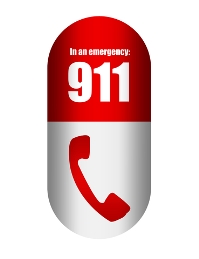 •Provide responders with information on what was consumed and the amount

•Do not leave unconscious students alone

•Help students who are vomiting to ensure they do not choke

It would be foolish to assume that students will simply stop drinking, even after learning about the dangers associated with it, but there are several things they can do to help reduce the risks of being accidentally injured or harmed by others. Students should not drink with strangers or allow them to pour their drinks. It is also a good idea that students never leave their drinks unattended. Limiting consumption, having a designated driver, and knowing the campus security emergency number are also other ways students can minimize the risks associated with college drinking. There’s also one other thing students should not do when drinking – get on social media. They may find that their ‘fun’ party pictures and tweets will come back to haunt them. Never mind what their parents might think; college administrators, scholarship providers and future employers may all be watching, too.