Super Bowl XLIX: get schooled with Seattle and New England

By lwilliams This Sunday will feature one of TV’s most-watched programs of the year. Some people tune in to see some of the best advertising of all time (which will very likely include lots of beer, chips, and car commercials). Others may be more interested in Katy Perry’s halftime show (Dark Horse!). But most people will be going nuts over the battle between the Seattle Seahawks and New England Patriots. For us here at Unigo, though, we enjoy playing a little game while watching the big game. We call it “Where did he go to college?” Want to join us? Study up with these stats to impress your friends. 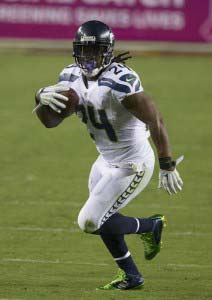 By Keith Allison (Flickr) [CC BY-SA 2.0], via Wikimedia Commons. If you’re curious as to where one may study “Beast Mode,” you may want to follow in the footsteps of Seahawks’ running back, Marshawn Lynch. He attended college at University of California, Berkeley where he majored in social welfare. Even though Lynch went to the NFL before graduating, he recently said he plans to finish his degree to help expand his Fam 1st Family Foundation. 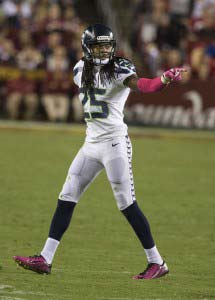 By Keith Allison (Flickr) [CC BY-SA 2.0], via Wikimedia Commons. You may know him as the “best corner in the game,” but did you know he was also one of the best in education? He finished second in his high school class with a 4.1 GPA before heading to Stanford University, where he received an athletic scholarship. He graduated with an undergraduate degree in communications, and he even returned during his final year of football eligibility to begin a master’s degree. 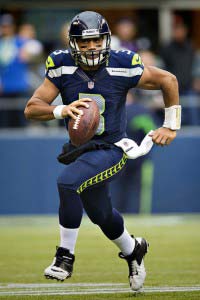 By Larry Maurer [CC BY 2.0], via Wikimedia Commons. OK, so this may be a trick question. There are two correct answers to where Russell Wilson went to college. The star quarterback for Seattle started off his athletic college career at NC-State, where he played for four years (2007-2010) and graduated with a Bachelor of Arts in communications. Seems like it would stop there, right? Well, if you followed Wilson in college football, you’ll know he played for the University of Wisconsin in 2011 while pursuing a graduate degree. This was all after he spent a summer playing minor league baseball. How was this possible? How does a grad student play for the football team? It was all a part of our evil plan to trick you during our “guess that college” Super Bowl XLIX game. You can learn more about it here. 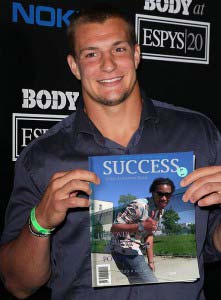 By Diorletsgo (Own work) [CC BY-SA 4.0], via Wikimedia Commons. Before “Gronk” became the first tight end in NFL history to lead the league in receiving touchdowns, he was a star athlete at the University of Arizona, where he was a retail and consumer sciences major. He declared eligible for the NFL draft during his junior year, but he said he plans to get that college degree “even if it takes 10 years.” If you need help getting to where you want to go, Rob, we know just the place to help you get there! 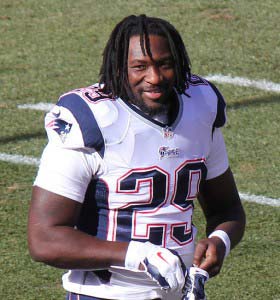 By Jeffrey Beall (Own work) [CC BY 3.0], via Wikimedia Commons. Here’s a guy who shows that you can still make it to the Super Bowl even if you don’t get into your first-choice college. Blount had his heart set on attending and competing at Auburn University. But, he wasn’t offered an athletic scholarship and didn’t meet the academic criteria at the time. So, he began his college path at East Mississippi Community College and became one of the highest-ranked junior college prospects. His hard work paid off, and he was able to get a scholarship offer from the University of Oregon, where he majored in political science. 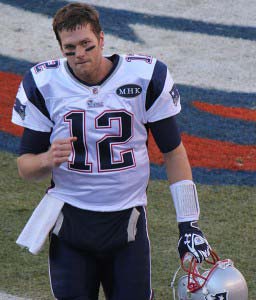 By Jeffrey Beall (Own work) [CC BY-SA 3.0], via Wikimedia Commons. Even though Tom Brady is now regarded as one of the best quarterbacks in the league, he had to prove himself worthy of such a title even in college. He started as a backup quarterback at the University of Michigan, where he graduated with a Bachelor of General Studies. He didn’t get much playing time during his first two years in school, though, and even considered transferring. Even with later success in football, Brady still questioned his ability to make it into the NFL draft. So, like many graduating college students, he made a résumé for the corporate world — with a surprising emphasis on business and psychology (Oh yeah, and he played in a few championship games here and there. No biggie.).

The path to stardom looks different for everyone, and these Super Bowl MVPs prove it. Some were able to showcase their athletic talents at prestigious colleges, while others had to prove themselves and work their way up. Either way, the journey has helped mold them into who they are today and set the path leading up to this Sunday. Where is it that you want to go? We can help you get there.