Scholarships That Put You in the Driver’s Seat

Did you know that December is National Drunk and Drugged Driving Prevention Month? Alcohol and drug-impaired driving is a serious issue on our roadways. The annual costs alone for accidents related to impaired driving is more than $51 billion. If that isn’t enough to make you stop and think, consider this; someone is killed every 48 minutes because a driver made the irresponsible decision to get behind the wheel while under the influence of either alcohol or drugs. Unfortunately, impaired drivers are not the only people causing chaos on the roads; thanks to technology, we have a new breed of distracted drivers hitting the streets. Last year, an estimated 421,000 people were involved in accidents where the driver was engaged in some activity that kept his/her eyes off the road. Those under the age of 20 are especially vulnerable. Cells phone use is one of the biggest culprits, but drivers have also lost their lives while playing with their iPods, watching videos, or using their navigation systems. Many organizations are concerned with the increase in deaths among young people and have launched programs to help educate today’s youth about the dangers of drunk or distracted driving. Some are even offering scholarships for those who pledge to be responsible when sitting in the driver’s seat. Here are just a few making the rounds right now.

Students in grades 6 through 12 are encouraged to create a 30-second public service announcement featuring a scenario showing teens how to avoid or prevent distracted driving. A total of five awards are offered, ranging in value from $500 to $1,000 each. Deadline: February 19.

Discovery Education, in partnership with Toyota U.S.A., is offering three large scholarships ($15,000, $10,000 and $7,500) for high school students. Students must create a video between 60 and 90 seconds in length describing what they would do to make teenagers safer drivers. Deadline: March 13. 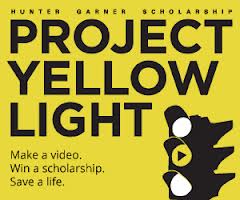 The National Organization for Youth Safety hosts this video contest that is open to U.S. students between the ages of 17 and 24. Videos must be either 25 or 55 seconds in length, and feature the importance of avoiding distracted driving. A total of six awards, valued between $1,000 and $5,000, will be provided. Deadline: March 17.

High school students in Duval County, Florida have an opportunity to win up to $4,000 from the SELF Movement through this video contest. Students can work individually or in a group, and must submit a 30 to 60 second video that promotes safe driving habits. Deadline: March 31.

An underage driver, who was under the influence of alcohol, tragically killed Mariah Daye McCarthy was  in 2007. Her father, Leo, set up Mariah’s Challenge in an effort to educate and prevent other underage students from making the same mistake. High school seniors in the Butte, Montana area are eligible to apply for this $1,000 scholarship once they accept the challenge to remain drug and alcohol free. Deadline: April 1. 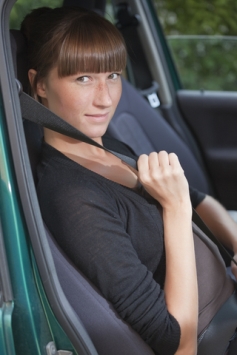 6. Buckle Up for Bobby

The Buckle Up for Bobby Organization was created to educate others on the importance of safety belts and avoiding distracted driving. Two scholarships, established to honor Bobby Rogers and Tiffany Walters who both lost their lives in a tragic accident in 2012, provide a total of eight $500 scholarships to high school seniors and college students who participate in an ‘Alive at 25’ safe driving course. Deadline: April 15.

Current college students, who have obtained a valid driver’s license and have completed a safe driver program, are eligible to apply for this $1,000 scholarship. Students must create a video, essay, artwork, or other work that inspires others to focus on safe driving. Deadline: July 1. It’s always sad to see a young life cut short, especially when it could have been prevented. To learn more about distracted driving, and what students can do to encourage others to drive safely on the roads, check out the resources available on the National Safety Council website.