Fight Stereotypes and You Could Win a $10,000 Scholarship

Educate. Don’t discriminate. That’s the message behind Unigo’s new $10,000 Scholarship — Resist the Ist: Defy Stereotypes. It’s a pretty powerful campaign, especially in light of many racially-charged events that have happened across the world. But, here’s the thing. It’s not simply a message of tearing down color barriers and fighting racism. Unigo is actually opening up a much broader conversation with this unique scholarship opportunity. If you think about it, most of us have been victims of stereotypes or have made assumptions about others at one time or another. I know that I have been on both sides of the fence. It may seem harmless, but words and labels can cause serious damage. And sometimes, we don’t even realize that we’re inflicting pain on others. 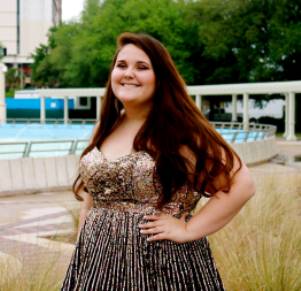 My ‘ah-ha’ happened recently while reading my daughter’s college admissions essay. Apparently, I had become my mother; something I swore I would never do. As a teenager, my mother blatantly told me I was fat and that nobody would ever want to be with me at my size (I was a size 12). And for a very long time, I believed her. When my daughter was born, I promised that I would love her at any size. My daughter is beautiful, smart, and talented. I tell her this often, but that’s not the message she received. My comments while shopping for clothes were the only ones that stayed in her brain. Simple things, such as “Is that the right size” or “You should ask if they have any plus options” were as hurtful as my mother’s fat comment. The worse offense was this one, “Thank goodness you’re not thin because you’d have boys fighting over you.” I never realized that I had made her believe the same thing my mother told me — boys will only love thin girls because fat girls can’t be pretty. My daughter, thankfully, is much smarter and braver than I am. She defies stereotypes and does what she wants, regardless of what others may think. She also has a strong voice and uses it to educate others on how harmful it is to place labels (and boundaries) on people. That’s my story. What’s yours? I know you have one, and it may even be painful to share (trust me, it hurt to read my daughter’s essay), but we can’t create change without being completely honest with one another. And while you’re helping to break down barriers and open minds, you might just be rewarded, too. So, find your voice and share it with Unigo.com. Who knows? You could be its next $10,000 winner and help make the world a better place for everyone. Ready to apply? Head over to Unigo.com and learn more!