Win a Scholarship Just for Being Born! 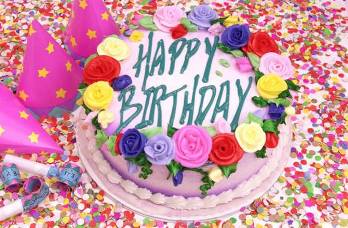 When I tell you there are scholarships for just about everything, I’m not stretching the truth. Do you crochet or knit? There’s a scholarship for that! Think you could survive a zombie apocalypse? Yep, there’s a scholarship for that, too. You already know that students can win scholarships for academics and sports, but did you know that you could win free money for college just for being born? If you were born in 1995, you may not remember many of the events from that year. There was the O.J. Simpson trial (remember, if the glove doesn’t fit, you must acquit!) and believe it or not, the Dallas Cowboys won the Super Bowl. President Bill Clinton also acknowledged the existence of Area 51 (X-files was right!) and the first African-American astronaut walked in space. Unfortunately, we also lost singer Selena and 168 people lost their lives in the Oklahoma City bombing. Do you remember when gas was only $1.22 a gallon and you could buy a new car for around $16,000? If you were born in 1996, you were probably too little to recall these facts. That’s the same year Princess Diana and Prince Charles got divorced and eBay launched its website. It was also the beginning of Will Smith’s rule of the Fourth of July movie box office, with the debut of Independence Day. Want to know what else happened in those two years? Your parents unwittingly made you eligible for a special scholarship program that is specifically for students born in either 1995 or 1996. The best thing is that each year has its own award, giving you great odds for winning a scholarship worth some serious cash. If you are a 1995 baby, you could receive $1,995, and those born in 1996 get an additional $1 for a total of $1,996 in free money for college. So, if you were lucky enough to say ‘hello’ to the world in either of these years, be sure to submit your application to the ‘I Was Born in 1995’ Scholarship or ‘I Was Born in 1996’ Scholarship soon because these awards will be gone after December 31, 2012. Just be sure to thank your parents if you win!